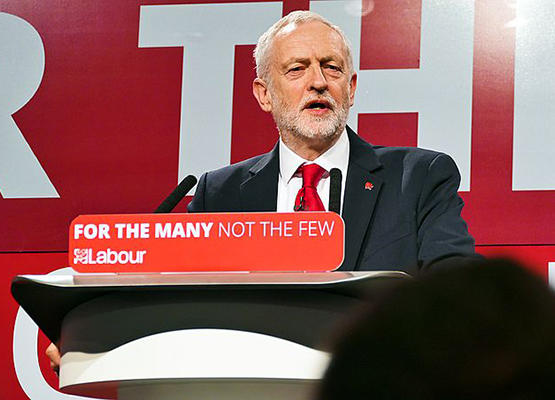 If there’s one abiding image people will take away from Labour Conference 2017 – apart from Jeremy Corbyn positioning himself as ‘Mr Mainstream’ – it’s queues. Queues for panels. Queues for lectures. Queues for toilets. Queues even for the most mundane tax talk. Because this year it wasn’t just a party that descended on Brighton for Conference – it was a millions-strong movement.

Where last year’s Liverpool conference was a pressure cooker of simmering tensions, this year’s was a carnivalesque explosion of festivities. While last year, Momentum were mostly confined to their own conference down the road – ‘The World Transformed’ – this year it felt as if it was all Momentum’s conference. A lively celebration both of Corbyn’s surprise election surge and the expectation that the party will soon take power.

Of course, that’s not to say there weren’t tensions this year. Not least over that behemoth looming over all British politics, Brexit. Because, as numerous newspapers splashed last Sunday, the Party’s delegates decided that the single biggest constitutional event of the century wasn’t important enough to debate on the conference floor. The other controversy making waves at conference, of course, was antisemitism. Despite Labour’s attempts to address the problem, the otherwise buoyant mood was still sometimes tarnished with the acrid whiff of antisemitism.

But what about beyond the tensions and celebrations? What about actual policy? The digital economy, the future of work and all the other growing issues Corbyn’s Labour promised to address? Well, more than any time since Corbyn’s election, the party seemed to actually be addressing them. On the conference floor, at scores of fringe events and among excited delegates right across the city, there were serious and meaningful conversations about the policy challenges facing the UK. To Labour members’ credit, as they have come to feel like a government-in-waiting, they have taken it upon themselves to address the issues the next government must face.

The changing world of work was a particular point of discussion across the conference. From Community and IFS fringe events on the future of work, to the announcement of a new Report on Alternative Models of Ownership and IPSE’s own event about how to make self-employment fair for all, it was high on everyone’s agenda. Throughout the conference fringes, there even seemed to be much more receptiveness to IPSE’s calls for a statutory definition of self-employment.

In short, despite all the talk of an ever-growing cult of personality around Labour’s leader – on the conference floor anyway – from the fringes, the party seemed more grown-up this year: more responsible. It seemed if not like a party on the brink of government, then a movement about to storm the barricades of power, taking seriously all the challenges that will come with actually running the country. IPSE will be working hard to represent the interests of all self-employed people to this growing political movement as it marches ahead – seemingly on the path to power.