The Industrial Strategy and what it means for the self-employed 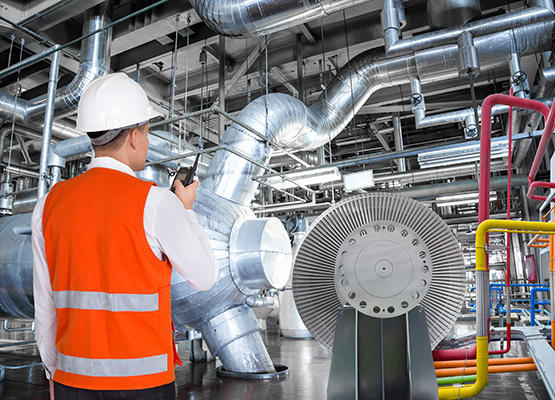 Although it struggled to compete with the royal marriage proposal in the headlines on Tuesday, the Government’s industrial strategy still caused a stir in policy circles.

This Strategy marks an important shift from the previous Conservative Government’s approach. It particularly focused on taking a more interventionist role in the economy to direct it towards productive and innovative activity, as well as spreading economic growth more evenly around the country.

All well and good, but are there any implications for the UK’s 4.8 million self-employed? First of all, IPSE is disappointed that the strategy does not even mention self-employment – this seems a particular oversight given that self-employment both allows people to work independently anywhere in the country and enables businesses to innovate and expand more quickly.

We were more pleased to see skills and training given such a central role in the strategy. Upskilling is the best route to better paid and more rewarding work for the self-employed. The Government announced they want to establish ‘a technical education system that rivals the best in the world’, including £500 million each year for the new T-Levels. A National Retraining Scheme will also be created to help people develop new skills, launching with a £64 million investment in digital and construction training.

The focus on technical education certainly makes sense, particularly for young people who do not do A-Levels or go to university. However, we would also like to see greater moves towards integrating enterprise and entrepreneurialism throughout the entire school curriculum. This is clearly needed to help prepare young people for the realities of the modern world of work.

A simple way to encourage the self-employed to undertake training would be to make training for new skills tax-deductible. This is something IPSE has advocated for some time, and we therefore welcomed the announcement at the Budget that ‘the Government will consult in 2018 on extending the scope of tax relief currently available to employees and the self-employed for work-related training costs’.

Allowing the Apprenticeship Levy to fund training for the self-employed would also be a big boost. Many employment agencies will have to pay the Apprenticeship Levy, even though most of these agencies have predominantly self-employed people working through them. It should be possible to use the fund to enhance the skills of the self-employed people they represent. Government must also be prepared to take a back seat sometimes, and should explore the possibility of certifying online training courses delivered by the private sector.

Another vital plank of the Industrial Strategy is the four “Sector Deals” – the announcement that the Government will back sectors it thinks are especially important to the UK’s future productivity – or in which it could excel in time. Artificial intelligence and life sciences were two key sectors, but IPSE was particularly interested to see the announcement of a Construction Sector Deal.

There are now over two million self-employed people working in construction, so ensuring they have the support they need will be crucial to the success of the Construction Sector Deal. At the moment we have significant concerns that the Construction Industry Training Board is not doing enough to support the development and upskilling of the self-employed. We believe its levy and grant scheme should be radically reformed.

The Industrial Strategy seems to be taking a step forward here by declaring the Government’s desire to see ‘a reformed Construction Industry Training Board, with greater industry leadership and engagement, focused on delivering future skills needs’.

Another welcome part of the strategy was its commitment to invest in infrastructure – both physical and digital. This is especially important for the self-employed because they typically need to travel a lot more than employees, and need to be able to work remotely in different parts of the country. The strategy announced that the National Productivity Investment Fund – which supports investments in transport, housing and digital infrastructure – would be increased to £31 billion. £1 billion of investment in digital infrastructure was also announced – including £176m for 5G and £200m for local areas to encourage the roll-out of full-fibre networks.

The strategy also referred extensively to Matthew Taylor’s now completed review of modern employment practices. The Government is expected to respond to the Taylor Review very shortly, but for now it should be noted that the industrial strategy seemed to agree with Taylor’s calls for a focus on what good work is and ‘a set of measures against which to assess job quality and success’. IPSE is already feeding into BEIS officials what we believe “good self-employed work” looks like – largely based on autonomy and flexibility.

This Industrial Strategy is undoubtedly important, and we should surely welcome its focus on promoting skilled and rewarding work across the whole country – not just London and the South East. But self-employment – which gives people the freedom to work flexibly across the country and helps businesses to innovate and expand – must play a central role in this.