The Brexit Balance: Weighing up post-Brexit trade options for the self-employed 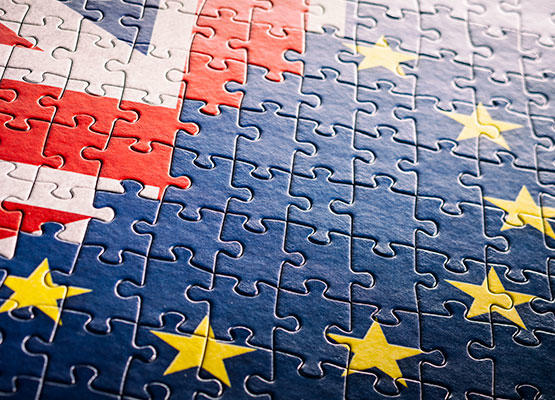 Canada plus, Norway minus and even reverse Greenland – debates about Britain’s future trading relationship with the EU have been cloaked in Brexit jargon. The rise of “Brexicon” – the same phenomenon that has given us “Brexiteers” and “Bremoaners” – can make it difficult to make sense of the issues at stake in the UK-EU split.

While reports today suggest that there is no chance of the UK striking a bespoke trade deal, several models have in the past been canvassed for the UK’s trading relationship with the EU post-Brexit. Each model has very different consequences for Britain’s 4.8 million self-employed. Here we explore the paths available to the UK and look at what they may mean for Britain’s flexible workforce.

Single market access and free movement priorities for the self-employed

On the other hand, the self-employed also would like to see more opportunities to trade with markets outside the EU following Brexit and, like the rest of the country, a not insignificant minority (13%) also have concerns about immigration – both issues pointing towards a harder position.

Balancing these priorities is no easy task, with calls for more open markets difficult to reconcile with demands to “take back control”. With these concerns in mind, let’s turn to the different approaches being considered.

One option being touted is a bilateral customs union agreement with the EU, perhaps one that is similar to the deal the EU has with Turkey. Customs union members trade freely with each other in goods and agree to charge the same tariffs on goods imports from outside of the bloc.

One of the major benefits of this option is simplicity, at least in the short-term. Negotiating bilateral trade agreements takes time, and continued membership of the current customs union could provide a tried-and-tested way for goods to continue to travel freely across borders during the transitional period. Uncertainty about the Government’s plans make for a challenging business environment, so confirming plans until 2021 would provide some much-needed certainty for UK businesses.

In the longer-term, the UK will have to leave the customs union – as it is exclusively for EU members – although a new customs union can be agreed. This route would ensure UK goods are not subject to tariffs or checks in the EU and would allow the UK to take back control of a number of politically sensitive areas including immigration, budget contributions and an end to (most) ECJ judgments.

These concessions come at a high price for trade, however. Crucially, a customs union does not facilitate free trade in services – an issue vital to IPSE members and arguably the UK as a whole, as services make up almost 80 per cent of the UK economy. Such an option would also not allow the UK to strike its own trade deals with non-EU countries – a disappointment for the 73 per cent of IPSE members who want Britain to achieve better access to markets outside the EU following Brexit. In fact, such an arrangement could leave the UK obliged to accept the preferential trade deals the EU signs with other countries, without any seat at the negotiating table.

Finally, as a trade-off for increased control over immigration, UK citizens could well not be allowed to live and work freely within the EU. This could threaten the competitiveness of UK freelancers wanting to contract in the EU, as the possibility of lengthy visa processes threatens to undermine the flexibility and agility of UK contractors – one of the main reasons businesses choose to engage freelancers.

Alternatively, the UK could opt to leave the customs union and single market, and instead seek to negotiate a bespoke bilateral free trade and customs arrangement. Both Canada and Ukraine provide potential frameworks here.

A Canadian or Ukrainian-style deal would represent a major departure from the status quo. Like the customs union, this route would enable the UK to control migration from the EU and – solving one of the major drawbacks of the customs union – would also enable the UK to strike its own trade deals. This option would also see an end to budget contributions and, if we follow the Canadian model, a complete end to ECJ jurisdiction. In terms of trade, both options open up markets significantly as an important step towards free trade – the Canada option lifts 98 per cent of tariffs on imports, for instance.

A major drawback is that access to the single market for services remains limited in both cases. Neither the Ukraine or Canadian model would offer much to the financial services sector post-Brexit, for instance, as neither guarantee financial passporting rights. This would mean businesses located in the City will lose their automatic right to offer their services across the EU, potentially causing these companies to relocate and thereby reducing opportunities for UK freelancers at home.

The political viability of negotiating either option is also questionable. Both models took a long time to finalise and, in the Ukrainian case, the deal was struck as a first step towards full EU membership. The geographical differences between Canada and the UK can also not be ignored. An end to customs union membership could lead to significant issues for the Irish border, for instance, as while goods in a free trade area would be traded tariff-free, goods coming from outside the free trade area would not be – making customs checks at the border hard to avoid. And, as with all options that permit the UK to control immigration to the EU, an end to freedom of movement would likely be unavoidable.

Option 3: Remain in the single market

This leaves us with the so-called Norway model. As a member of the European Economic Area (EEA), Norway joins Iceland and Lichtenstein as non-EU countries who participate in the single market. As the “softest” Brexit route, how does this model stack up against the concerns of the self-employed?

Crucially, Norway is the only model that would enable access to the single market for services – a major plus for the self-employed. It would also enable UK citizens to move freely across the EU, which the self-employed put forward as their second most important priority. Proponents of this model also emphasise that, unlike the customs union, EEA members are free to negotiate their own international trade deals, opening up the possibility of gaining easier access to market beyond the EU.

The major weakness of this Norway model is the obligation to fulfil all four pillars of the single market to be part of it – including the free movement of persons. This was a salient issue during the referendum campaign and bypassing it may simply not be politically viable. Norway also contributes more than €400 million a year to the EU budget and follows the majority of single market laws – without much power over influencing them.

Switzerland may offer some alternatives here. Through a series of bilateral trade agreements developed over twenty years, it has achieved access to the single market akin to its EEA counterparts. The crucial difference between the two options is that Switzerland is largely not bound by EU legal rulings and contributes significantly less to the EU budget. The trade-off? Switzerland enjoys limited, rather than Norway’s full, access to the single market for services –  a major downside for IPSE members and the UK economy as a whole. The EU has also made clear that it doesn’t like the Swiss model, and has firmly ruled out Britain taking a similar “cherry-picking” approach.

Finally, there is the possibility that the UK, by design or accident, leaves both the single market and customs union with no future trade deal secured. In this situation, the UK would revert to trading with the EU on WTO terms, reintroducing tariffs between the EU and UK.

Under this so-called hard Brexit, access to the single market for goods, as well as services, would become more difficult. British goods entering the single market would be subject to tariffs, while “non-tariff barriers” – such as regulations that require cars to conform to specific standards – would rise if UK and EU regulations diverged. Deals with non-EU countries and full sovereignty over immigration and legislation would be the upshot of this pathway. For the majority of the self-employed who would like to see trade continuity between pre- and post-Brexit Britain – this option does not stand up as a viable substitute for a deal.

Negotiating Britain’s future trading relationship with the EU is a balancing act – with each option requiring compromises in terms of trade, immigration, regulation and viability. Here is a summary of the options under consideration, and what they mean for the self-employed:

With the clock rapidly ticking on the two-year timetable for Britain to leave the EU, the Government must soon show its cards. Without a doubt, reconciling competing demands for free trade and border controls will be the greatest challenge to be addressed in the negotiations. To create a post-Brexit economy that will enable Britain’s flexible workforce to thrive, efforts to balance these two concerns, while prioritising the former, should drive the Government’s negotiating agenda.