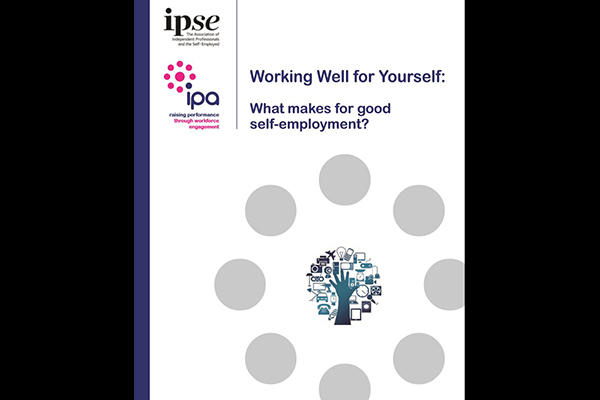 Developing skills and knowledge is more important for self-employed people’s sense of career progression than increasing their rate of pay, a new report by IPSE and the IPA (the Involvement and Participation Association) has found.

Looking to the future, the report also asked self-employed respondents how they measured career progression. 64 cent said increasing skills and knowledge – significantly more than the 50 per cent who said increasing annual turnover. Few respondents – just 16 per cent – said being able to hire other people. Together, these findings suggest that rather than striving to be empire-building entrepreneurs, most self-employed people simply want to continue working for themselves and become experts in their field.

Based on these findings, the report produced a number of recommendations to promote ‘good self-employment’:

Simon McVicker, IPSE’s Director of Policy, commented: “A timely and incisive report, this confirms what anecdotal evidence has been telling us for a long time: work satisfaction is generally very high among the self-employed. After all, why else would so many more people be choosing to work for themselves?

“Determining how the self-employed measure career progression is also hugely important. From this report, it’s clear that rather than seeing themselves as the next Richard Branson and wanting to build up a business empire – as policymakers are prone to think – most freelancers actually just want to hone their skills and become experts at what they do.

“At IPSE, we have been saying for some time that more needs to be done to open up access to training for the self-employed. These findings confirm our calls, and should act as a wake-up call to policymakers. If the Government truly wants to promote ‘good work’ among the self-employed and ensure this way of working remains positive, the way is clear: it must do all it can to open up training and skills development opportunities for them.”