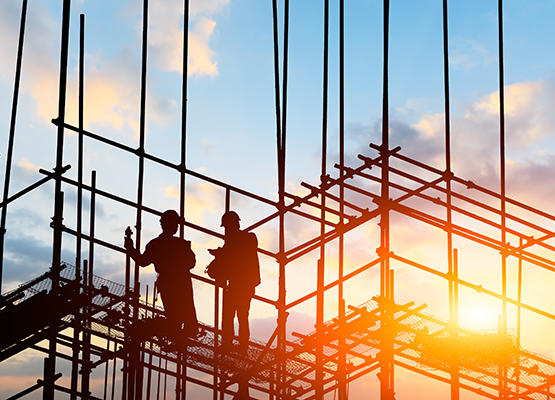 Freelancers play a crucial and unrivalled role in boosting economic efficiency and productivity in the construction sector, a new report by the Centre for Research on Self-Employment (CRSE) and Hudson Contract has confirmed.

Utilising flexible and highly-skilled freelance sub-contractors on a project-by-project basis – instead of employees – allows firms to avoid idle, unused labour downtime, saving them anywhere between 27 and 86 per cent of their labour costs per project.

The report also debunks the myth that freelancers are the most vulnerable, low-paid construction workers. On the contrary, employees are the lowest paid among both full and part-time workers. This is particularly so for part-time work, where freelancers typically earn more throughout every percentile from the lowest to the highest-paid workers.

The higher earnings enjoyed by freelancers are in many ways a natural consequence of the additional value they add by supplying highly specialised skills on a flexible basis.

“Their unique and invaluable contribution needs to be recognised and valued. Only once we understand and appreciate the value of freelancers in this industry can we foster appropriate policy approaches that don’t aim to essentially eliminate this crucial cohort.

“Freelance workers play a vital role in the construction sector and their absence would have highly negative economic consequences such as economic contraction, higher costs, reduced employment levels plus a more highly concentrated and less competitive market.

“The availability of freelancers and their unique economic function effectively underpins and enables the entire construction industry. Its future strength depends on them.”

David Jackson, Hudson Contract founder, added: “This report reaffirms what we have known for a long time: the construction sector is driven by freelancers, and far from being exploited, these freelancers are well rewarded for their efforts.

“Housebuilding is a significant issue for the UK Government at present and if they are to deliver on any of their promises, freelancers must be at the heart of their strategy.”

The Economic Role of Freelance Workers in the Construction Industry