From pensions to prompt payments: what will the parties do for the self-employed? 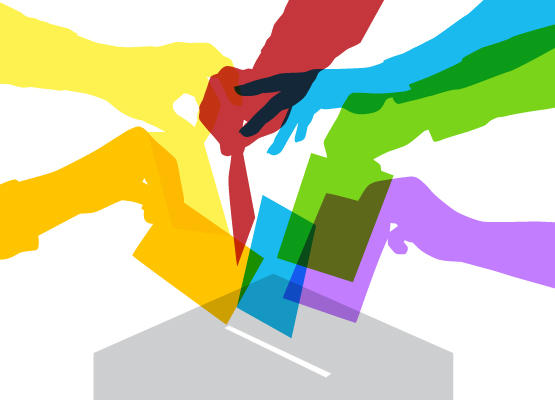 4.8 million people. 15 per cent of the workforce. £255 billion every year. Looking at the figures, it’s impossible to deny the enormous impact the self-employed have on the UK economy.

Their numbers have risen exponentially in the last decade, driving unemployment to a 32-year low and creating what’s been described as a labour market ‘miracle’.

Now, with Brexit on the horizon and its uncertainty already driving up inflation, it’s clear only the self-employed can give the UK economy the flexibility and dynamism it needs in the years ahead.

That’s why IPSE have created a manifesto setting out the best ways for the next government to support the self-employed and allow this vital part of the economy to flourish. Our key demands are:

So, how do the main parties measure up against our demands? What are they offering the self-employed?

Although the last Conservative government had a mixed record on self-employment, there are a number of positive proposals in their manifesto. A significant one is their pledge to consult on extending the safeguard tariff cap to microbusinesses, thus making energy affordable for the UK’s smallest businesses. They’ve also promised to help small businesses tackle late payment by only giving government contracts to firms following the Prompt Payment Code.

However, it can’t be ignored that in the first few months of this year alone, the last Conservative government not only tightened IR35 rules in the public sector, but also targeted sole traders with a major hike in National Insurance Contributions. Although they were forced into a U-turn on the NICs increase, there are fears it could still be on their agenda. For a start, they removed their 2015 pledge not to raise NICs from their 2017 manifesto.

It’s a distinctly mixed bag from Labour. On the one hand, their manifesto pledges to take action on late payments, introduce shared parental pay for the self-employed and mandate their National Investment Bank to prioritise SME lending. They’ve also committed to not increasing personal National Insurance Contributions and excluding small businesses from quarterly reporting – a major relief for self-employed people.

On the other hand, controversially, they have also said that if they came to power, they would shift the burden of proof so the law would automatically assume a worker was an employee – unless the employer could prove otherwise. This would be hugely damaging for the flexible economy because it would severely limit the right to contract. It’s also unclear exactly what proof a firm would need to take on a self-employed person.

So although Labour have pledged not to increase NICs, their policy on employment status will actually threaten the existence of many small businesses. Labour are certainly right to protect the rights of the most vulnerable workers, but at the moment they plan to do so with a blunt and extremely damaging tool. The self-employed will be hoping Labour put a lot more thought into this ill-conceived policy should they snatch a victory on 8 June.

In their manifesto, the Liberal Democrats pledge to not only give self-employed people easier access to long-term investment, but also introduce a start-up allowance to help with living costs while entrepreneurs get their businesses off the ground. A welcome move for anyone who’s ever feared making the leap into self-employment. The Lib Dems would also make small businesses a priority for future cuts to business tax.

Perhaps the only unwelcome policies in their manifesto are their proposed 1p income tax increase and their plans to reverse the Corporation and Capital Gains tax cuts made by the last Conservative government.

Although there are positive aspects to the Liberal Democrats’ policies, they could still do more. More financial support for start-ups would certainly be welcome, and might further boost the boom in self-employment. But if the support is only limited and short-term, it may simply delay business failures instead of actually preventing them.

No doubt self-employed people will be pleased that the SNP has pledged not to support any increase in either VAT or NICs. But aside from that, the SNP manifesto’s main focus is not supporting the self-employed in general, but specifically protecting the rights of vulnerable workers in the ‘gig’ economy.

One of their main pledges is to press the UK government to extend employment rights such as sickness and holiday pay to casual, agency and ‘gig’ economy workers. They also want to see auto-enrolment extended to the self-employed. These policies will be welcome to many vulnerable self-employed people, but for others there is a fear they might actually curtail their freedom and flexibility.

Overall, the SNP’s policies aren’t too different from Labour’s. But they are less radical, their ideas about extending auto-enrolment and worker rights are neither new nor imaginative.

Of all the parties, UKIP seem to make the most promises to the self-employed, pledging in their manifesto to “Back Britain’s self-employed strivers”. They not only commit to exempting the self-employed from quarterly tax returns, but also guarantee no increase in Class IV National Insurance Contributions or other taxes for them.

Their pledges to cut business rates for the smallest businesses and launch a review of public sector procurement are also likely be welcomed by many.

The Green Party’s manifesto pledge to “Support and promote small businesses” can only be welcomed, and their commitment to “Support start-ups and creative enterprises through community credit and green investment” is equally admirable.

Self-employed people might, however, be a little concerned by the short shrift given them in the Green Party Manifesto. In a 23-page document, the Greens have made no direct reference to the self-employed and only included two short paragraphs about small businesses.

The Green Party’s statement for IPSE’s magazine may shed a little more light on their policies. In it, they say that “taxes on the self-employed should fall, while taxes should rise for those who can afford it.” They also pledge to scrap zero hour contracts and encourage workers in the ‘gig’ economy to unionise.

Reasonable steps perhaps, but overall the Greens don’t seem to have done much to appeal to the self-employed in this election.

The other parties’ manifestos have either prioritised taxing the self-employed or proposed protecting vulnerable workers with heavy-handed and even damaging policies.

Only IPSE’s manifesto spells out, to all candidates, how this vital population should be supported, and we will continue to ensure that the needs of the self-employed are heard and understood.