Bosses and Financial Directors of NHS trusts up and down the country are being implicated in an unlawful multi-million-pound tax dodge that is costing taxpayers millions and leading to some zero-hours workers in the NHS facing financial ruin..

In depth research and expert legal analysis by the Independent Health Professionals Association (IHPA) has revealed that hundreds of NHS Trusts and accountants have been exploiting a VAT loophole that has allowed private ‘umbrella’ companies to pocket up to 50% of VAT avoided whilst at the same time leaving thousands of temporary workers facing huge tax bill hikes.

This ‘double whammy’ threatens to have disastrous implications for the NHS, not only in millions of pounds of tax that should have gone to the Chancellor and then spent on a cash-strapped NHS, but also because many of the frontline workers affected will leave their roles with others facing hardship, bankruptcy and breakdown as a result. 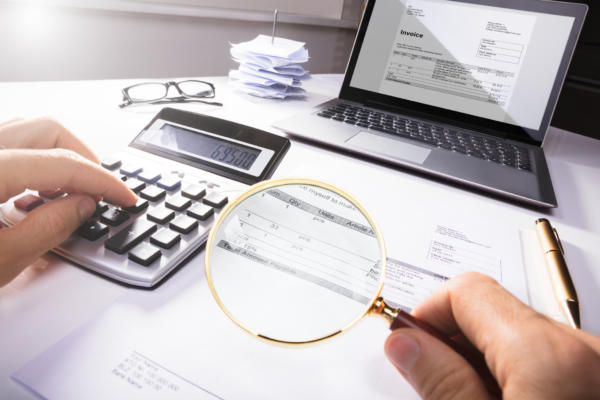 The schemes, which hinge on accountants claiming to be providing ‘healthcare’ to Trusts to exploit a VAT loophole, became illegal when senior civil servants started pushing NHS Trusts to blanket assess all public sector contractors en masse as ‘deemed employees’, regardless of their contracting conditions, stripping them unfairly of self-employed status. This rendered the schemes illegal overnight from 6th April 2017 – but usage has increased exponentially throughout the public sector, including in the NHS. Direct Engagement VAT dodges have been previously described by Dame Margret Hodge MP then chair of the Public Accounts Committee, as “outrageous” and “Aggressive Tax Avoidance”.

These companies are not providing ‘healthcare’ but are providing staff, but whilst the private companies are cashing in, the temporary health workers themselves are facing exploitation and a lack of any benefits associated with employment, such as docking their pay to provide their own holidays, sick pay and employer’s pensions – or not providing them at all. The unaffordable tax demands lead to their being taxed at a rate higher than actual employees. As a result, trusts are not only dodging their VAT bills, they are also flaunting the law by unlawfully passing on the trusts’ employment taxes to the workers themselves – seeing ordinary workers wrongly charged Employer’s National Insurance Contributions and even the Apprenticeship Levy – all meaning an unfair and unlawful 14% hit to the income of ordinary health workers, who predominantly come from ethnic minority backgrounds.

The scandal also opens the possibility that NHS chiefs, direct engagement providers, agency staff, and even ordinary doctors and nurses could face criminal convictions under the Criminal Finance Act 2017 if they continue to facilitate the use of these schemes as being ‘knowingly concerned’ in such schemes presents a risk of prosecution.  Many NHS bosses who have potentially crossed the legal line, albeit with good intentions, could find themselves facing criminal prosecution as the schemes they were mis-sold do not work where agency workers are assessed as deemed employees. 300 NHS Providers are believed to be affected.

Now the Independent Health Professionals Association has issued solicitor’s letters to NHS England and NHS Improvement to highlight this scandal and to ask if an audit has been done into these schemes and also demand that they now issue guidance to health care workers so others are not put in this position. It has also written to HMRC calling for an urgent investigation into the use of the schemes and the involvement of NHS Trusts.

This emerging scandal has come to light at a time when there is a growing spotlight on unfair persecution of thousands of public and private sector workers by HMRC as a result of poorly drafted legislation around freelance and agency workers, contractors and locum and bank doctors and nurses, the Off-payroll (IR35) legislation and the 2019 Loan Charge. There is growing concern in Westminster about the catastrophic effect of these flawed measures on the public and private sector, which are allowing HMRC to target the workers and not the companies through whom they contracted or were booked.

“Whilst we are sympathetic to the Trusts who are indeed desperately underfunded, it is rank hypocrisy for Trusts to force our workforce into false employment, without the obligatory assessments, aiming to cause doctors and nurses to be taxed more, whilst contemporaneously engaging in arcane accountancy practices in an attempt to dodge their own tax liabilities arising directly from the same actions. This would be bad enough on its own, but to then force workers to shoulder the Trusts’ employer’s liabilities beggars belief.

“Many NHS bosses and accountants will not be resting easily as news breaks and we urge all affected to review their arrangements to ensure they are certain they are all behaving lawfully.

“The current unlawful behaviour here needs to stop, and that Trusts urgently need the extra money which the NHS needs and the Chancellor, who presides over these very tax schemes, is presently denying them.”

“Even working avoidance schemes of this nature are usually required to register with HMRC’s Declaration Of Tax Avoidance Schemes (DOTAS) regime to allow them to be investigated by the taxman, but we note direct engagement schemes have not been registered’