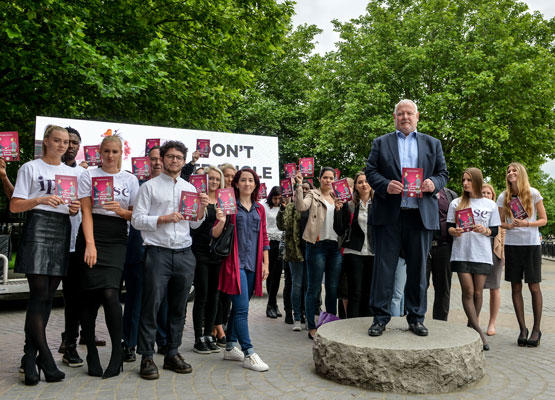 Crowds gathered on London’s South Bank on 30 May for the launch of IPSE’s manifesto, ‘A Contract with the Self-Employed’. Accompanying the manifesto is a bold poster campaign calling on the next government not to ‘strangle the self-employed’, the UK economy’s lucrative golden goose.

Addressing a crowd at Queen’s Stone near the Oxo Tower, IPSE’s Chief Executive Chris Bryce spoke of the vital contribution the self-employed make to the UK economy, and the urgent need for the next government to help and support them.

Chris Bryce, IPSE’s CEO, said: “The manifesto launch was a great success, and drew a lot of attention in Central London. But it’s just the beginning of a bold and concerted campaign across the UK. We’re determined to give a voice to self-employed people right across the country and ensure the next government gives them the support and freedom they need to flourish.”