Evening the Odds: it’s time to make public procurement fairer for the self-employed 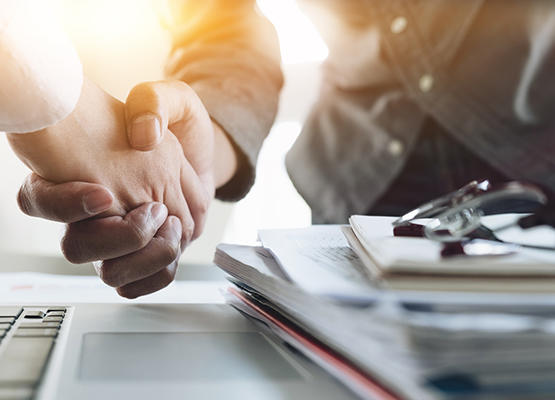 In the wake of Carillion’s collapse, the dangers of concentrating public sector procurement in the hands of big business are clear to see. Far from reducing risk, the government’s reliance on a small number of very large firms sent ripples along the supply chain and left thousands of small businesses with unpaid invoices.

Not only were the country’s smallest businesses hit hardest by Carillion’s demise: they also face the biggest barriers when bidding for government contracts. This is not a trivial issue: each year the UK public sector spends over £200 billion on procuring goods and services from third parties. However, it is estimated that in terms of value, SMEs won just 19% of directly awarded public sector contracts in 2016/2017 – a far cry from the government’s commitment to ensure £1 in every £3 it spends will be with British small businesses by 2020.

How to make procurement processes fairer

The Small Business Manifesto published today by the Small Business Taskforce of 11 organisations – including IPSE – presents a range of simple proposals to help level the playing field for the self-employed when they bid for government contracts.

One key suggestion is removing onerous bidding requirements like asking for large liability insurance and capitalisation requirements in pre-qualification questionnaires, which unnecessarily excludes smaller firms from the bidding process. This would help groups of self-employed people band together as consortia to supply government contracts. IPSE believes procurement targets should also be broken into smaller chunks to make sure independent professionals can benefit from the government’s drive to commit one third of public spending to SMEs.

Even if small firms qualify to bid for a contract, however, the bidding process itself is unnecessarily time-consuming and repetitive. A clear way to rectify this would be to create a single login so microbusinesses can create one profile and use this to trade with government, avoiding having to enter identical information multiple times. Policymakers should also explore whether the government’s contracts portal, Contracts Finder, should be expanded to include contracts from government’s largest suppliers.

The Carillion case raised questions not just about procurement processes, but also about poor business practice in general – especially late payments. For subcontractors involved with Carillion, unpaid invoices were part and parcel of doing business with the construction giant. In fact, the firm was notorious for its 120-day payment terms and even then paying suppliers late.

Unfortunately, this isn’t an isolated case – late payment is an systemic problem for the self-employed. It can be time consuming for some – freelancers spend an average of 20 days a year chasing invoices for late payment – and crippling for others, who may not have the reserves to cope when their cashflow is under pressure.

Current policies to tackle the issue are often toothless, however, which is why IPSE is pleased to see greater enforcement mechanisms put forward in the Small Business Manifesto. IPSE successfully campaigned for the creation of the Small Business Commissioner to tackle this issue, and we would now like to see the commissioner given the enforcement powers he needs – including issuing fines and compelling companies to attend mediation services – to do his job effectively.

The events of recent months have shone a spotlight on how unfairly microbusinesses and the self-employed can be treated when it comes to public contracts, and it should be a much-needed wake-up call for government. Unstacking the odds against the UK’s smallest firms will not only benefit the self-employed, but the public sector itself. Opening up opportunities to the self-employed is crucial to increasing competition, promoting innovative practices in public projects and boosting productivity and economic growth.