Knowing May knowing you: the Prime Minister’s speech

With ABBA blaring into the Conservative Party Conference and the Prime Minister of the United Kingdom of Great Britain and Northern Ireland robotically jigging out onto the stage… you could be forgiven for thinking silly season has started early. Or that you’ve strayed into some Armando Iannucci-scripted sketch. And the strangest thing? When Theresa May delivered her first line, it was actually quite… well… funny: “You’ll have to excuse me if I cough during this speech; I’ve been up all night supergluing the backdrop.” 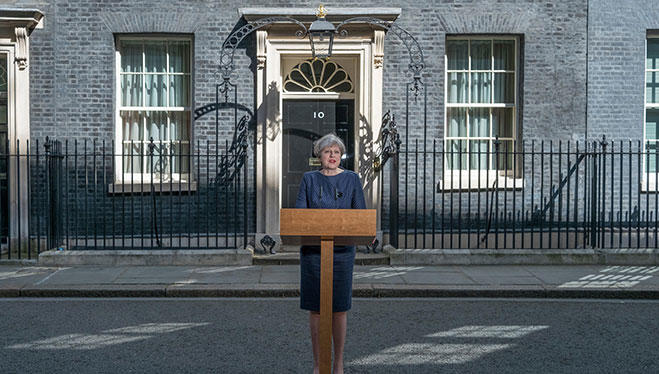 If the camp, 70s intro was funny and light-hearted, however, that was not to be the tone of the rest of May’s speech. Instead, her mercifully well-delivered address traversed some altogether more serious topics, from Brexit and the idea of a second referendum, to toxic social discourse and what she called the “national tragedy” of Labour.

It was, in all, a well-pitched and refined speech that positively glowed in comparison with last year’s catastrophe. It aimed at pulling together and uniting not just the Conservative Party, but the country. The core message was that the UK’s best days still lie ahead because of the opportunities for it – in terms of everything from “the technologies of the future” and “get[ting] the next generation on the housing ladder” to tackling “the burning injustices that hold people back”.

Did the speech signal those same opportunities for the self-employed though? Well, overall there was little direct mention of the self-employed in May’s speech – except a brief point about the gig economy. May noted that, “with the gig economy changing how people work”, her government has altered employment law “so new technology cannot undermine workers’ rights”.

May also announced that the freeze on fuel prices would continue for another year. This is something that will disproportionately benefit the self-employed because of how much they travel for work compared to employees. She committed to boosting council house building too; and, as IPSE has said many times, if the government genuinely wants to increase housebuilding, it should look to the mainstay of the construction industry: the self-employed.

Although there was little directly about the self-employed, however, there was a lot of support for business. If there was any doubt about May laying to rest the ‘red Toryism’ of her first year, it disappeared in this speech. Mentioning ‘business’ no less than 16 times, she was clear that “we support free markets because we know their strengths”.

With another… strangely funny line… May said “to businesses large and small”, there is “a four-letter word to describe what we Conservatives want to do to you.” She went on: “it has a single syllable. It is of Anglo-Saxon derivation. It ends in the letter ‘K’…

Certainly some heartening noises from the Prime Minister for small businesses and the self-employed then. The key question now is whether these positive noises will translate into real, effective policies – not least scrapping the changes to IR35. There is also one other key area where the proof will definitely be in the punch: Brexit.

On this endlessly fraught subject, May came out fighting, saying: “if we stick together and hold our nerve I know we can get a deal that delivers for Britain.” For small businesses and the self-employed, May’s gung-ho spirit on this might be a little less exhilarating. She said that although “leaving without a deal – introducing tariffs and costly checks at the border – would be a bad outcome for the UK and the EU,” the UK nevertheless “isn’t afraid to leave with no deal if we have to.”

May attempted to reassure that “our proposal is for a free trade deal that provides for frictionless trade in goods.” But with Michel Barnier frostily insisting there will be no “cherry-picking” on Brexit, businesses and the self-employed will have to believe it when they see it.

Overall then, May’s speech was well-written, confident and well-performed. Lines like “Ours is a great country. Our future is in our hands” were even rousing. But to truly inspire unity and confidence – among businesses, the self-employed and generally across the UK – May will have to deliver real results, on Brexit and more. Her rhetoric certainly suggested a reassuring commitment to businesses large and small. But to restore the confidence of the self-employed, she will need to deliver a Brexit that works for them, as well as domestic policies that truly support this vital and growing sector.