Is a soft Brexit on the cards? 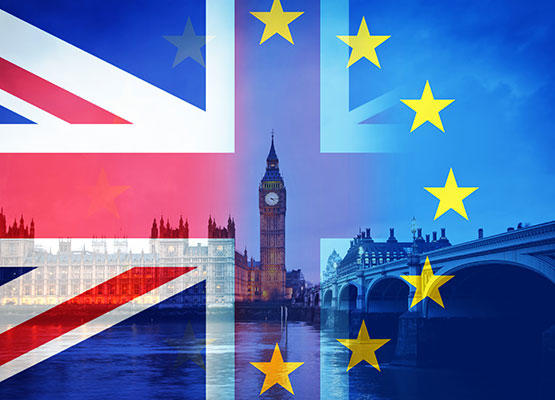 Many things can be said about the past three weeks in politics. Dull is not one of them. In just over 20 days, the Conservatives lost their majority in the Commons, Theresa May no longer commands the confidence of her party, and the 10 Democratic Unionist Party MPs are now the power brokers in British politics.

But what does all this mean as the UK begins the process of leaving the EU, and how might it affect IPSE members who work in Europe?

When the final seat was counted on June 9, the Tories were left with 317 MPs to bring to Westminster - nine seats short of the 326 they needed to command a majority. This is where the DUP came in.

The Tories needed a naturally conservative ally to partner with who would bring their 317 votes over the magic line to pass legislation in the Commons. Their loyalty, of course, comes with a price.

In order to receive the crucial DUP votes, the Conservative Government agreed to provide Northern Ireland with £1 billion in extra funding for infrastructure, health and education. The DUP has also got the Government to protect universal winter fuel allowance and the triple lock for pensions.

Crucially, the DUP are against a ‘hard Brexit’, that’s one that will bring us far outside the single market, and prevent a physical border between Northern Ireland and the Republic of Ireland. They are, however, for leaving the EU so will give Leavers some assurance their wish to leave will go ahead.

Rise of the Remainers

The loss of votes for the Conservatives, and 30 seat gains for Labour is seen as a reflection of how many now believe Brexit should go ahead, but not come at the expense of our economy, it should prioritise jobs, by focusing less on immigration targets.

This leaves us with a ‘soft Brexit’ option: Something as close to membership of the single market as possible.

Within the Conservative Party, Remainers who favour this option, most notably the chancellor Philip Hammond are in the ascendancy. As Tim Shipman reported in the Sunday Times (paywall), Mr Hammond is allegedly being given backing by cabinet colleagues and backbenchers to move into No 10 before the Conservative conference begins in October.

Labour’s position on Brexit remains somewhat unclear; but they have said they want a ‘jobs first Brexit’ widely believed to be in line with the softer option. Jeremy Corbyn has returned to Parliament with the wind at his back and there is an increased chance he could be the next Prime Minister if another General Election is called in the coming months.

What this means for IPSE members who work in the EU

The past 12 months in politics have shown that Britain has become difficult to predict; pundits and pollsters were almost certain the British public would vote to remain in the EU, and the Conservatives would achieve a massive victory in this election.

So, predicting what kind of deal will be struck as we leave the EU is a dicey game, and what Brexit means is up for debate. There is, however, a greater appetite to hear from business.

What we know is the current political tide has shifted in favour of a softer exit, which could mean that the right to provide their services in the European Union is preserved for the one in ten IPSE members who choose to work in the EU. IPSE will continue to advocate for continued access to the Single Market so that self-employed people are enabled to work within the Market where there is opportunity to.