IPSE: ringing in the next generation of freelancers

Freelancers may be one of the fastest-growing sectors of the UK economy, but will that continue? Well, for the answer, it’s not the freelancers of today you need to turn to, but the freelancers of tomorrow. And to support and inspire those budding freelancers, last week, we ran a major event in central London called Freelancing for Students. 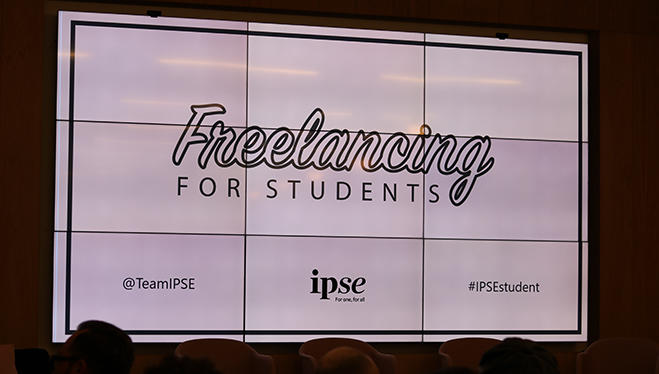 Hosted at Rise in Shoreditch, East London (where else would you site a trendy new co-working space, after all?), the idea was to give new and budding freelancers support and tips to get their careers off the ground. With that in mind, we had two major names in freelancing delivering keynote speeches: Steve Folland, host of the Being Freelance podcast, and Jan Mikulin, Head of Digital at the Hoxby Collective.

Opening (and organising) the event was IPSE’s very own Lydia Wakefield, and she started off by introducing the students in the room to the country’s burgeoning freelance community: “There are two million freelancers in the UK – a huge number. A lot of people feel when they’re a freelancer that it’s just them, but actually you’re surrounded by a lot of people working as freelancers.”

From there, it was on to celebrated Being Freelance host Steve Folland, with his five tips to get your freelance career off the ground. And as he said, they weren’t just from anywhere: “I’ve chatted to 150 different freelancers on my podcast now, and on every single episode I’ve asked them how they found their first freelancer clients.” 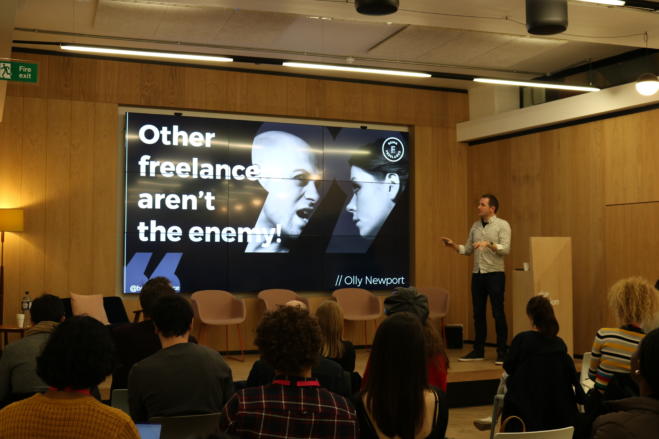 First up: “Tell your people”, because, as he said: “Who here knows some people? You all know people! The first thing you should do is tell them all what you’re doing.” His second tip was “Try freelance job sites” for first and early-career jobs. They may not be for all freelancers – particularly for people further on in their self-employed careers – but they’re a good place to start picking up work.

Tip three from Steve was simply ‘Social Media’ – what does that mean? Well, aside from tweeting and sharing updates about your business regularly, he also suggested simply searching your skill, be it copywriting, photography, design or anything else. So if someone is saying: “does anyone know a photographer?” you can step in. His other big suggestion was following agencies or businesses you want to work for on social media: liking and sharing their posts so when they need some work doing, you’re already on their radar.

Steve’s fourth tip for budding freelancers was ‘knock on doors’. And while that may sound a little strange, he also said: “it doesn’t have to be literally knocking on doors”. It could be emailing all the clients you want to work for. Or, as he said he had done with one of his first freelance gigs it could be actually knocking on doors to tell them about yourself. Then the final point was perhaps the simplest of all: “meet people”. It isn’t just meeting them though: “it’s actually getting to know them. Asking not just what they do but meeting them at their business, asking about their hobbies and their families. Because people remember people.” 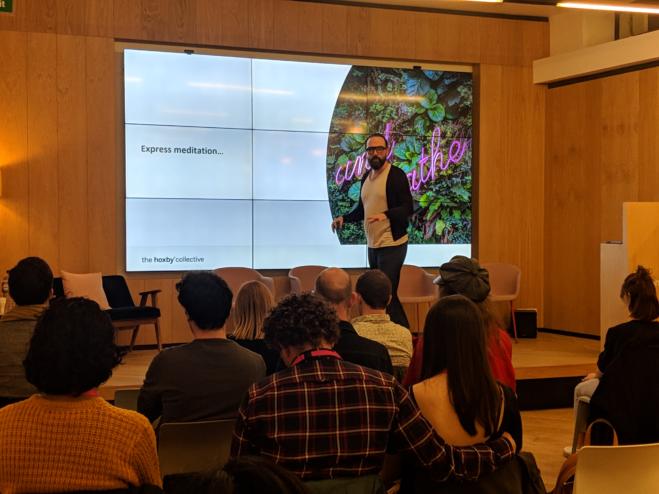 From there, it was on to Jan Mikulkin, Head of Digital for one of the biggest groups in freelancing, the Hoxby Collective. Working across 23 different countries, the Hoxby Collective brings together over 450 different freelancers in a host of different professions, creating bespoke teams for each of their clients’ projects. And perhaps it is that bringing people together that led Jan to his subject for the evening: relationships – with other freelancers, with clients, and with yourself as a freelancers.

For Jan, relationships are all about the bar… sorry, BAR: Boundaries, Authenticity and Reciprocity. First, know both your boundaries and theirs: don’t overstep theirs and don’t let them overstep yours. Then authenticity, or as Jan puts it, ‘taking the mask off’. Finally, reciprocity. ‘Give-get’, Jan says, is one of Hoxby’s big principles. For example, when you have a lot of work on your plate and you get another bit, if you know another freelancer who you trust, pass it on to them – then following that ‘give-get’ principle, they’ll do the same for you in future. 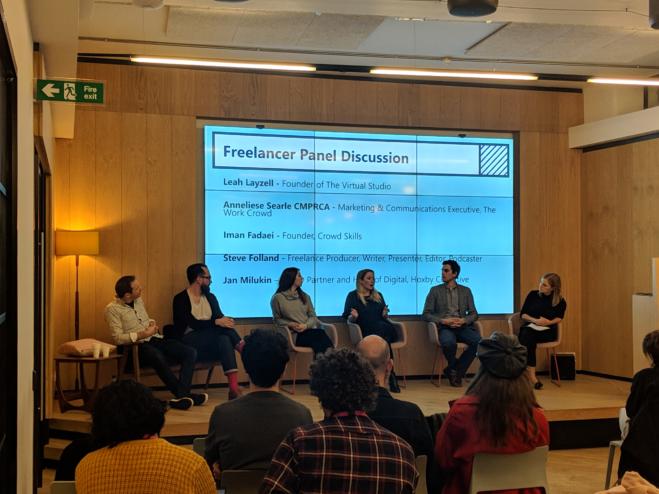 After Jan, it was on to the final stage of the evening (bar the drinks and pizza…): a panel discussion with Lydia, Jan and Steve – as well as Iman Fadaei, founder of Crowd Skills, Anneliese Searle, Marketing and Communications Executive for The Work Crowd and Leah Layzell, founder of the Virtual Studio and former IPSE Freelancer Awards finalist. The discussion covered everything from platform freelancing and building up experience to setting your rate and showcasing your work. And then, of course, the perfect opportunity to put many of the principles of the evening (especially ‘BAR’) into practice: beer and pizza.

Overall, a great event to give students and budding freelancers the support and advice they need – and we would like to thank not only our brilliant speakers, but also our host Judo Pay, for making it possible.

Keep checking back on our website: we’ll be hosting plenty more events to support the next generation of freelancers in the new year.

The first will be at Ayrshire College, Kilmarnock, Scotland, on 23 January 2019: register now.