Freelancers are lowering their day rates and working more, new research by IPSE (the Association of Independent Professionals and the Self-Employed) has found. The research, from IPSE’s quarterly Confidence Index, showed that in the last quarter of 2020, freelancers worked almost one extra week than the previous quarter, but at the same time cut their day rates by an average of £16. The result was roughly stable earnings but driven by significantly more work for less pay. 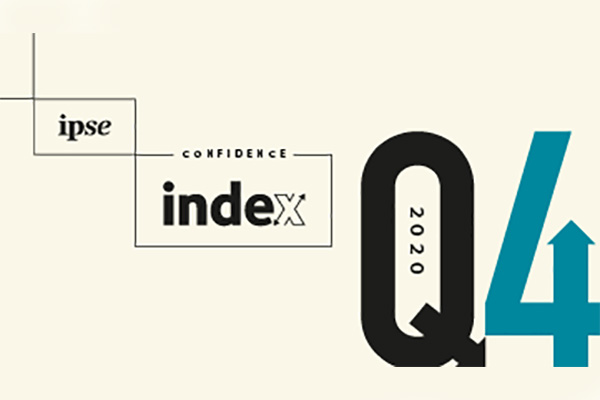 The Confidence Index also showed that while confidence in freelancers’ businesses and the wider economy was rising at the end of last year, concern about taxation policy and the coming changes to IR35 self-employed taxes was rising. For the first time since the beginning of the pandemic, managerial freelancers and professional freelancers (the two highest-skilled freelancer groups) have cited the government’s tax policy as having a worse negative impact on their business than the pandemic.

Chloé Jepps, Head of Research at IPSE (the Association of Independent Professionals and the Self-Employed), said: “The last Confidence Index of 2020 shows several concerning trends for freelancers. First and foremost, the average freelancer was working more for less. This is because, when they were more able to work before entering this renewed lockdown, they were cutting their rates to competitively scoop up as much work as possible. It is a worry that this could translate to a longer-term downward trend in freelancer day rates.

“Altogether, these worrying trends are a sign that now more than ever, freelancers need better government support and protection – not the threat of tax rises and damaging structural tax changes.”

Xenios Thrasyvoulou, founder and CEO of PeoplePerHour commented: “Whilst it’s concerning that many freelancers had to cut their rates during the last quarter of 2020, it’s perhaps unsurprising given that the second lockdown came into effect halfway through the quarter.

“Although freelancers are facing increased competition for their services, according to the reports' findings they seem to have kept their confidence in the economy, which is at its highest level since 2017. This is likely due to the increase in demand for remote online freelance services by medium to large businesses, which is unlikely to wane in the coming months.

“There is however a legitimate concern by many self-employed consultants and freelancers regarding the government’s lack of clarity and protection with the fast approaching IR35 regulations.”