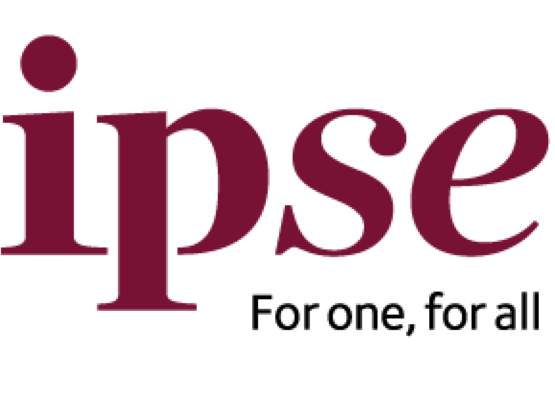 IPSE is delighted to announce the candidates for the vacant Board of Directors position.

Consultative Council (CC) members and candidates are eligible to vote in Director elections. Full details of the election process can be read here. A Director Election forum is now open for CC members to interact with candidates. The forum will remain active until 13 November. Polls open at 10:00 on Monday 13 November and close at 16:00 on Tuesday 14 November. 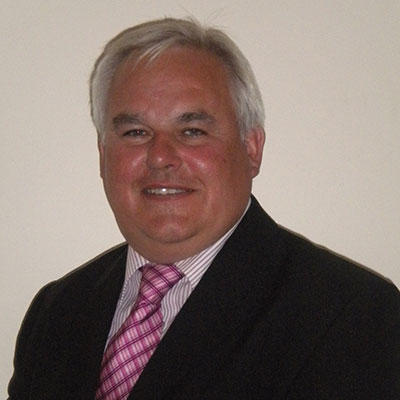 On leaving school and, during a period of very high unemployment, I successfully gained an apprenticeship as a trainee refrigeration engineer. The skills, disciplines and values acquired during my first four years of work have provided a foundation for life.

I knew very early on in my career that I wanted to push the boundaries of what I could achieve and was determined to develop and take my career as far as I could for as long as I enjoyed doing so.

On completing my apprenticeship I worked for a small number of SME’s in various roles ranging from service engineer, service manager, sales manager and ultimately as a technical sales director. During my time as sales director we transformed a business that turned over 1,000,000 per year to a sustainable 7,000,000 per year at point of sale.

In 2007 the sale of our HVCA business prompted a change in career path and I retrained as a mortgage advisor. Unfortunately just as I qualified the housing market crashed in the first quarter of 2008.

Since 2008 I have worked as an independent consultant. Outside my day job I represented my industry at the highest level as a member of the HVCA Refrigeration & Air Conditioning Executive Committee and as a board member and Chairman of the Air Conditioning & Refrigeration Industry Board. My time as chairman of ACRIB included representing the UK industries position on refrigerants to both the UK Government and the European Commission.

I was a member of the Auxiliary Coast Guard Service for some 22 years and during this period participated in a number of rescue operations. I am a keen sailor, and in 2013 successfully circumnavigated the UK with my partner Jeanette.  Jeanette and I share four children, six grandchildren and one dog. 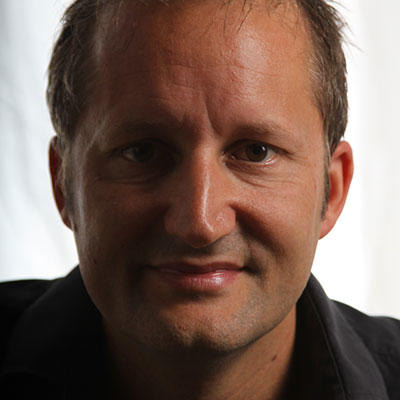 I’ve been my own boss since 2002. I worked for five years as a freelance video director before founding a strategy and marketing consultancy in 2007. I’ve been an IPSE member since then.

Prior to 2016, IPSE engaged with me as a consultant to provide strategic planning and marketing content. I helped launch National Freelancers Day and the IPSE Awards.

As well as IPSE, I have worked with a range of other membership organisations in different industries, and conducted a three-month research project on the potential for associations to come up with innovations that benefit members.

I wholeheartedly support IPSE’s lobbying work, which I think is essential.

I’m also convinced that IPSE has huge potential to help members develop their businesses to be more successful. This has a lot of scope for innovation and is one of the main objectives in IPSE’s strategy. I believe that my background in marketing, strategy and innovation can provide a valuable perspective to help IPSE increase its impact in this area. 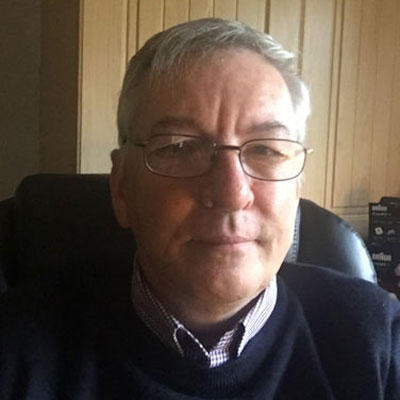 I started my career at the age of 20, running a frozen food distribution business, which supplied catalogue-ordered frozen food direct to the home. In the operation of this business I learnt to write software that enabled me to run the business more efficiently; organising the ordering, stock control and invoicing to customers.

Having discovered the power and enjoyment of developing software, I moved to a career in software development and established a future in healthcare IT systems. During the ensuing 20+ years, I achieved the role of CIO working in several hospitals and developing several ‘first of type’ solutions.

Four years ago, I became an independent professional and stepped foot in the world of contracting and away from the surety of a monthly salary. This new world was liberating, and it rejuvenated my enthusiasm for the idea of being self-employed and determining my own direction. Every day became a new experience with so many new challenges from accounting and marketing to selling and presentation.

Four years later, I am now involved in two additional businesses – a digital start-up with global ambitions and a great concept which will see light of day in 2018.

The second business I am starting with a like-minded entrepreneur I met through working in the Northern Powerhouse. It will address the problems around getting start-up funding for new businesses that need to move to a minimally viable product and then on to accelerator growth.

I have always been an innovator and I am a strong advocate of digital online businesses which sits well with my knowledge and experience working in the Northwest of the UK – a hotbed of digital innovation and idea-based start-ups. 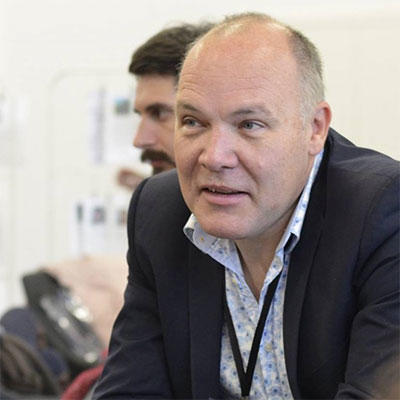 I am passionate about freelancing, and have a reputation as a campaigner who gets things done. I am in-touch and bring experience, capability and courage.

When IR35 was first announced 18 years ago, together, with 2,000 others, I put myself forward in the belief that only if we worked together could we have a chance in opposing the measure and reforming it. The result was the formation of the PCG (now IPSE) and I was our first External Affairs Director. I brought my political knowledge and skills of both the political process and the landscape to win the argument, persuade and influence.

Today, my interest is in IPSE’s place in the vanguard of the freelancing movement. I believe passionately for freelancers to be treated fairly and to have someone in their corner to give us bargaining power. IPSE is good at standing up to HMRC and the government, but we need to defend ourselves on other fronts too – bad clients, bullying agents and the changing world of work.

My vision for IPSE is not just to provide shared tax insurance, but to speak up for and empower all self-employed workers – especially those who aren’t contractors.

I am in-touch and bring a wealth of contacts with all trade unions, trade associations and research groups in the self-employment arena (FSB, Co-ops(UK), BECTU, Musicians, GMB, Community-IndyCube, Equity, NUJ, IWUGB, European-Freelancers’-Movement, Smart-Belgium, Breadfunds) and with research groups such as RSA, Demos, CRSE and Fabians. 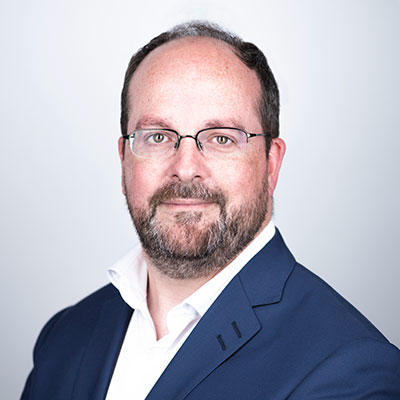 I am an experienced non-executive director and award-winning technical consultant with a proven track record of successful delivery over the past nineteen years, including eleven as a freelance consultant.

I operate as a single serial client contractor delivering functional and technical solutions to clients in both the public and private sectors. With a range of clients, I have demonstrated that I am capable of persuading others effectively from a basis of well-reasoned, careful analysis of the situation being discussed.

Having a background as a freelance technical consultant combined with a solid degree in management from one of the UK’s leading business schools, means that I balance the wider strategic implications of the various options available with the detailed analysis that a technical mind provides.

My full LinkedIn profile can be found here. 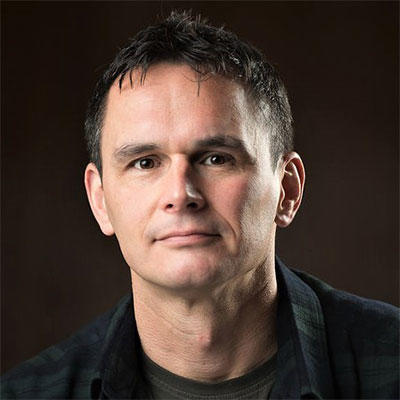 I am a business-focused senior technical business & systems analyst who delivers cohesive solutions to the financial services sector. I have a strong track record of working closely with clients and third party stakeholders to capture and translate technical and business requirements to develop target operating models, processes, procedures, and technology solutions which align to commercial and operational demands.

My role is to understand what my client’s want and to deliver what they need. 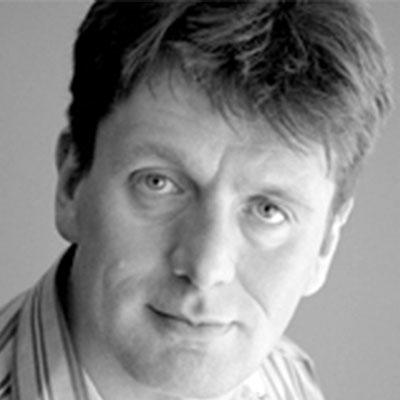 Based in Glasgow, I am freelance IT worker – specialising mainly in testing roles – and have worked with a variety of public and private sector clients at managerial level. I have been contracting for twelve years, during which time I have learnt a great deal about what is required to maintain a business and the wider issues affecting freelancers.

I have been a member of PCG / IPSE since around 2005 and an active member of the CC since approximately 2010; participating in working groups, such as those concerned with increased member engagement or the development of collaborative working practices. I have sought to support the network of members in the Glasgow area by arranging and supporting meetings.

I was a member of the IPSE Board of Directors (BoD) between May 2013 and May 2014, a role that I found both rewarding and challenging. This role gave me the opportunity to put across IPSE’s key messages to political and business figures. I believe I made a positive impact to the BoD and was able to represent the opinions of members on a number of keys issues.