Prior to April 2017 independent healthcare ‘locum’ contractors from all healthcare disciplines were disparate groups with no centralised voice.  This absence of representation on the national stage has facilitated repeated attacks on their income and working conditions in recent years – allowing cartel behaviour of rate fixing between NHS bodies to be rolled out without effective opposition and setting the stage to convince politicians that, this group could be bullied and manipulated into accepting unlawful blanketing under off-payroll tax rules (IR35), regardless of the clear reality that, for many locums, they should be outside the legislation due to a lack of control, mutuality of obligations, and because of the financial risks they bear – which can amount to tens of thousands of pounds. 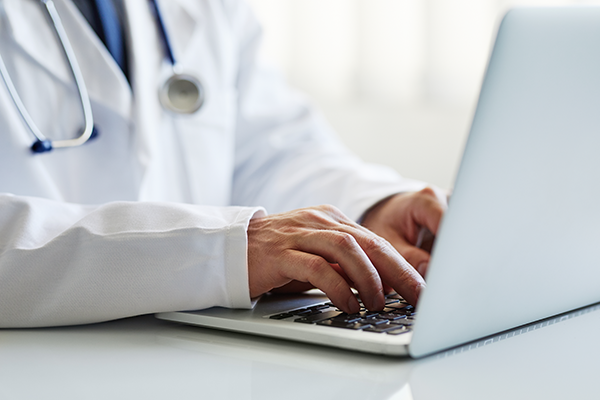 April 2017 and the change to the Intermediaries Legislation:

The events we are about to cover are the assault that was the last straw for contractors and was the crucible which caused locums to come together to forge first the Locum Doctors Union and ultimately to expand to embrace all disciplines of healthcare contractor under the Independent Health Professionals Association….

In April 2017 a very minor alteration was made to the part of the UK’s tax legislation governing working through intermediaries, commonly referred to as IR35 – essentially only two changes were made:

Notably the rules for determining status have not changed and if you were outside IR35 legally beforehand you still are now….or at least if you got a fair assessment you would be.

So, why did everything change in April 2017 despite the fact that the legal change should not have changed the outcome of a single assessment?

Sadly, there has been a simultaneous push by public bodies such as HMRC and NHSI to ignore the law of the land and manipulate public bodies into finding contractors caught by the IR35 legislation. Initially this was implemented by blanket banning of contractors working outside IR35. This was very clearly unlawful, and our organisation successfully challenged through the Judicial Review process – NHSI conceded it had been acting unlawfully by advocating blanketing settling out of court and issuing this updated guidance.

Most public bodies were not equipped to handle the assessments properly and HMRC’s answer to this has been a tool (initially called the ES tool now called CEST) which does not align with the case law. The tool appears to be rigged and ignores key tests – such as mutuality of obligation something most locums would pass and achieve an outside IR35 result as there is no requirement on them to accept shifts nor upon the hospital to offer them. Many members have examples of contracts being terminated during a shift or within several hours of the start date. This clear indicator has been deliberately ignored by the calculator – as has been confirmed directly by HMRC’s chief policy advisor on IR35 Mark Frampton in a secret webinar held with Trusts and NHSI to coordinate de factoclandestine blanketing – above board blanketing having failed.

Additionally, the courts have consistently ruled that ‘Mechanistic Approaches’ such as the CEST tool are not an acceptable method of IR35 status determination.

This de facto blanketing by institutionalised misrepresentation of answers to the CEST tool and ignoring the legal tests has been an abuse of the duty of determination entrusted to Public Bodies following the changes.

“Not only the reforms themselves but HMRC’s encouragement of malpractice within the sector is driving away the essential skills that the NHS depends on,”

The fall out has been an exodus of contractors from the public sector across many sectors leading to delays in completion of public service contracts. The chronically understaffed NHS, even admitted by the Secretary of State for Health, has also been affected with less locum and agency workers willing to take extra shifts. A survey of 450 healthcare locums by ContractorCalculator showed that a quarter had left the NHS, 72% were considering changing careers and 87% said the reforms are already drastically impeding patient care. This does not bode well for our beloved National Health Service.

Dave Chaplin, ContractorCalculator CEO notes that “Not only the reforms themselves but HMRC’s encouragement of malpractice within the sector is driving away the essential skills that the NHS depends on,”.

It appears that there will be no resolution to this injustice without further legal action bearing in mind that this was one of the steps we had to take to reverse the "inaccurate" (read as unlawful) decision by NHSI to apply a blanket decision to place all locum workers inside IR35.

The lack of consideration of Mutuality Of Obligation by the CEST tool is one such judicial review challenge that would go a long way to resolving this for all public sector contractors, not just those in the health sector.