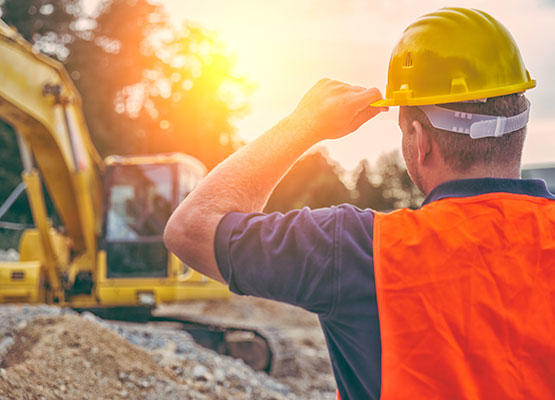 It’s well-known that construction is one of the biggest self-employed sectors. A huge proportion of the construction workforce is made up of specialised freelance workers. But what are conditions like for self-employed people in this sector, and how much do they contribute to the overall construction industry? The CRSE and Hudson Contract launched a report to find out.

The report’s most important and surprising revelation was about the financial security of self-employed construction workers. In recent years, the prominence of the gig economy has helped to build up a negative and widespread myth about the self-employed: that they are underpaid, vulnerable and precariously placed when compared to employees.

There is therefore a widespread assumption that in any industry, the self-employed must necessarily be the least financially secure workers. In fact, many believe that it is precisely the self-employed status of certain workers that puts them at the bottom of the financial pile. Hudson and the CRSE’s report showed just how untrue this is for the construction industry.

We also looked closely at the earnings of employees and freelancers at similar levels, comparing both part-time and full-time workers. Again, among full-time workers, freelancers dominate the middle of the pack, while employees earn more than equivalent self-employed workers in the highest and lowest percentile groups. Among part-time workers, however, the story was very different. Freelancers working less than 30 hours per week earn more than part-time employees across every single percentile group – sometimes almost double.

Right across the construction sector then, the evidence is clear: far from harming the financial security and wellbeing of workers, self-employment actually seems to boost their prospects. As the report’s co-author Professor Andrew Burke has said elsewhere, self-employed status is certainly not driving financial insecurity in this sector: a much more likely cause is lack of access to training and skills development opportunities.

Not only does self-employment benefit many highly skilled workers in the construction sector; it also does a great deal for construction firms. This is because, as our report showed, freelancers give firms – and the overall sector – a significant productivity boost. We spoke to case study managers from across the construction industry, and the vast majority said that by using freelancers instead of employees for specialist work, they were able to avoid idle, unused downtime. The managers we spoke to had been able to make labour cost savings of anywhere between 27 and 86 per cent per project.

Overall, then, the evidence is clear: self-employment provides significant benefits for both firms and skilled workers across the construction sector. So, if policymakers want to improve conditions and productivity in this increasingly vital sector, they should focus on protecting and promoting its freelance workforce.

David Jackson is the founder and Chairman of Hudson Contract.