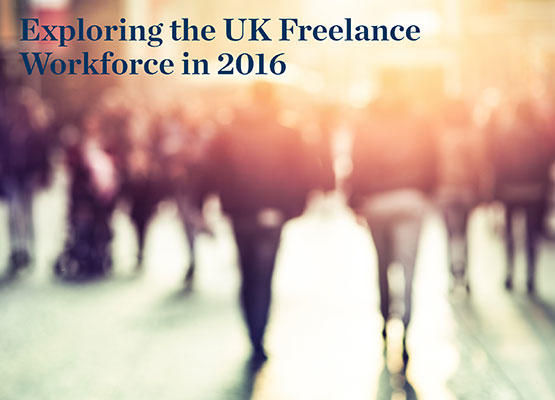 Freelancers’ contribution to the UK economy soared to £119 billion in 2016, an increase from £109 billion in 2015, according to new research published by IPSE.

This economic contribution is driven by a highly skilled, flexible workforce of two million freelancers – a 43 per cent increase since 2008.

Freelancers, who make up 42 per cent of the wider 4.8 million self-employed population, continue to be the fastest-growing segment of self-employment with a collective economic output comparable to that of the entire motor sales industry.

The full report can be viewed here.

Chris Bryce, IPSE CEO, commented: “At a vital time when the economy needs to be dynamic in the face of growing uncertainty, freelancers are providing on-demand resources to businesses allowing them to be flexible in response to change. The vast majority of freelancers love what they do, so it’s no surprise that increasing numbers of people are turning to this way of working.”

Freelancers have a highly skilled, specialised and widespread presence across all professional groups and this too was represented in the findings. The largest single freelance group in the UK are those within artistic, literary and media professions making up 15 per cent of all freelancers.

Chris Bryce, IPSE CEO, continued: “It is exciting to see that the younger generation has been enlivened by the prospect of working for themselves. The reality is increasing numbers of people want to work this way across every sector. It’s important their choice is recognised and policy makers support this trend rather than maintaining an older, less flexible employment model. We’re not living in the 20th century anymore.”

Emmeline Pidgen, Lancashire-based illustrator, added: “Freelancing has been perfect for enabling me to explore my creativity, challenge myself, and discover what it is that I love to do. It can definitely be tough to run your own business, but I love learning from everything I go through, and using that fire to drive my illustration work, and my business, to be the best that it can be.”