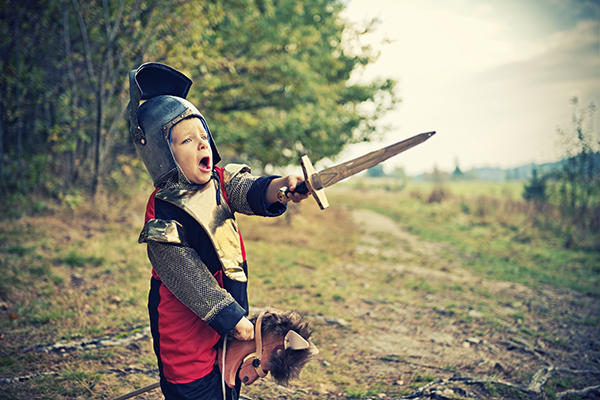 Like King Arthur after delivering the first dismembering blow in the famous Monty Python skit, there are many now wondering if HMRC’s latest tax tribunal defeat (Jensal Software v HMRC ) is a scratch or a flesh wound.

The metaphorical limb which HMRC may have lost is the force of its argument over the relevance of ‘mutuality of obligation’ (MoO) to judging whether someone is inside or outside IR35.

When determining whether someone is caught by the IR35 intermediaries legislation, the courts look at whether a hypothetical contract between an engager and a contractor would be one of employment.

MoO is part of the ‘irreducible minimum’ of employment – which although a highly technical concept, generally means that if MoO is absent, there is no hypothetical employment contract, and therefore a contractor falls outside IR35.

It cannot, however, be said that the inverse is correct – the presence of MoO doesn’t always indicate employment.

HMRC have repeatedly argued, including in the Jensal case, that MoO is present in any engagement, whether between an employer and an employee or a hirer and a contractor, because there is an obligation to perform work for remuneration.

The broader view – which Judge Dean seems to endorse in Jensal – ­ is that that obligation alone is not enough to point to employment; there needs to be something else, something more.

In Jensal, there was no something else. As Judge Dean stated, “the essence of the relationship was that there was no continuing obligation on the part of the (hirer) to provide work; if it chose to abandon the project there was no contractual basis upon which (the contractor) could demand further work.”

The Jensal case throws further doubt over the integrity of HMRC’s already heavily criticised CEST tool. Because HMRC appears to subscribe to the narrow view of MoO, the tool – which HMRC asks people to rely on – does not test for it when calculating IR35 status.

The upshot of this very troubling. How many genuinely self-employed people have used the CEST tool and been given a misleading answer because the tool just assumed MoO was present? In light of Jensal, you could argue that HMRC are dubiously using MoO as a sword to prod people inside IR35’s grasp, when really it could be used as a shield to protect the genuinely self-employed from being unfairly categorised as employed.

Potentially alarmingly, the Government are also asking in their employment status consultation following the Taylor Review if MoO should still be relevant to determining employment status and rights. If MoO is removed from the employment calculus, genuinely self-employed people may be unfairly categorised as employees.

Whether Jensal is a flesh wound or a mere scratch is yet to be seen: an authoritative precedent from a higher court may add clarity. Even if this does transpire, the present confusion just supports what IPSE has been saying for many years: relying on mountains of complex caselaw to determine who is and who isn’t self-employed undermines confidence and unnecessarily drags people, like Mr Wells in the Jensal case, into costly court battles.

It is ludicrous that HMRC and the Treasury are consulting on private sector extensions when fundamental questions over how IR35 operates remain unanswered.

Head of Press and PR