Contractors are being urged by IPSE (the Association of Independent Professionals and the Self-Employed) to join a protest in Parliament against the changes to IR35 self-employed tax. 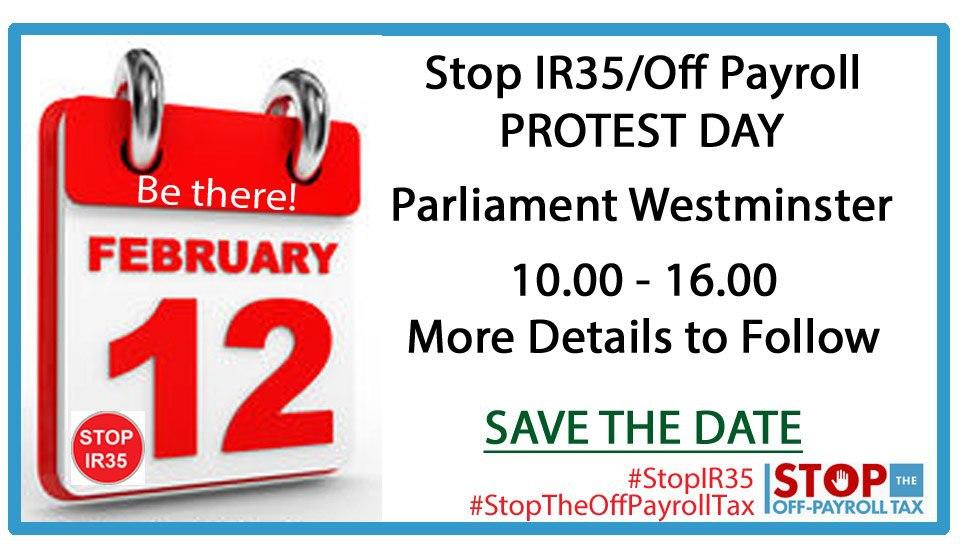 The protest, organised by the Stop The Off-Payroll Tax campaign, will be held on Wednesday 12 February in Westminster from 11am to 3pm. It will see campaigners march to the Treasury to deliver a letter denouncing the changes followed by a drop-in session, hosted by former Liberal Democrat leader Tim Farron MP, for parliamentarians to meet constituents hit by the plans.

IPSE, the UK’s leading representative group for contractors, is backing the lobby day and calling on its members and other self-employed to attend.

The government is set to extend controversial off-payroll working rules, known as IR35, to large and medium-sized private companies in April. This will see businesses become liable for determining the tax and employment status of any contractors they hire, rather than the individual’s own limited company.

Industry groups and tax experts have warned against introducing the plans, arguing that the implementation of similar changes in the public sector in 2017 caused widespread confusion. They have warned the changes are already leading to businesses ceasing to engage contractors and that the situation will worsen in April when the changes come into force. They argue this harms contractors, the businesses that engage them and the wider economy.

The government announced a review into the proposed changes last month, due to conclude in mid-February, however this was criticised as “meaningless” by industry groups.

Andy Chamberlain, Deputy Director of Policy and External Affairs at IPSE, said: “With the legislation set to come into effect in April and the government’s limited review ending in mid-February, we are coming to a crunch point.

“IPSE’s quarterly economic survey of the freelancing sector has found that confidence is at an all-time low. This is unsurprising when thousands of contractors have no certainty on whether they will still have work in a few months’ time or what their tax status will be.

“Government should give breathing space to both businesses and contractors by delaying the roll-out of the off-payroll working rules until a full review of its implementation in the public sector has taken place.

“It is vital that freelancers make their voice heard now. That’s why we are urging contractors to join this day of action at Westminster. They should come to speak directly to their representatives, raise awareness about the damage the changes will do, and stop this legislation once and for all.”