CEO update October: yet more tax trouble and hitting back against the government’s support failings. 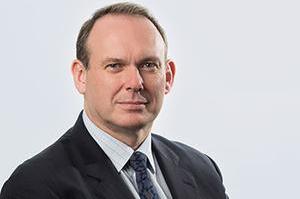 In October, we saw the number of self-employed drop to the lowest level since 2015, wiping out the growth of the last five years. Our Confidence Index findings, published earlier in the month in the Daily Telegraph, gave an indication why: freelancers’ incomes have fallen to the lowest level since the Index began in 2014. And, as we have argued time and again in the media, with incomes undermined and a third of the self-employed excluded from government support, is it surprising so many are being driven out of self-employment?

Too little too late from government

With Covid cases rising and incomes falling across the UK, the government has stepped in with several new support measures. When, on 12th October, the Chancellor announced his new Job Support Scheme to pay two-thirds of employees’ wages in locked-down areas, we hit back, commenting in the press that it was dismaying to see the self-employed yet again excluded from the government’s thinking.

The government responded with an increase in the Self-Employment Income Support Scheme. On 22nd October, the Chancellor announced he would be raising SEISS from 20 per cent to 40 per cent of self-employed people’s incomes. As we commented across the national press, however, there was still a glaring disparity between this and the government’s commitment to pay 67 per cent of employees’ wages.

Even worse, despite the Treasury Select Committee pushing our proposal to extend support to freelancers working through limited companies, one in three self-employed are still excluded from SEISS. It’s nothing less than a travesty, and we called the government out on this in the Daily Mail, the Guardian, the Telegraph, the Independent, the Daily Mirror, the Sun and many other newspapers.

In this grossly unfair situation, you would expect the government to be trying to ease the burden on self-employed people in other areas. No such reasonableness. As you will know, the changes to IR35 are still very much rolling ahead – despite a technical problem that emerged earlier this month. As our Director of Policy Andy Chamberlain has explained in a blog, the government has realised that there is serious confusion about what exactly the term “intermediary” covers in the new legislation. The problem is likely to mean last-minute changes to the legislation: we are following the situation closely.

Another glaring tax problem emerged earlier this month, too, in the form of payment on account. As we commented in the Financial Times, because many self-employed people pre-pay their taxes based on their previous year’s earnings, there is serious risk that people who have lost income because of the pandemic could end up paying unaffordably high tax bills based on the wrong data. It’s an issue we’re very concerned about and are pressing the government to resolve.

A seat at the top table

All this may sound bleak, and there’s no doubt this has been a troubling month. However, there are big positives too. Against this worrying backdrop, IPSE’s campaigning is more effective than ever and getting us into the corridors of power to press your interests directly to the government. Before the SEISS announcement earlier this month, I joined the UK’s leading business groups in a roundtable with the Chancellor where both during and after the meeting I was able to challenge him directly that the one in three self-employed excluded from SEISS urgently need better support.

The same week, I also appeared before the Treasury Select Committee to give evidence on the other very serious tax threat facing the self-employed: the risk of sharp tax rises to pay for the government’s support schemes. As I forcefully told the Committee – and as the Telegraph reported – with one in three self-employed excluded from SEISS, it would be enormously unjust to make them pay for it and risk driving many out of business. The Committee took my comments onboard, and against the evidence of the other panellists the Chairman’s final remarks were that IR35 should be scrapped. We will keep pressing this case.

Times may be tough, and the threats to the self-employed are mounting, but IPSE have never been so well-placed to make your voice heard. I am acutely aware of the fact that we are here for our members, funded by our members, and in these uncertain times, I thank you for your continued support of IPSE. I ask you to encourage your peers in self-employment to look at what IPSE membership has to offer, be that acting as a concerted voice to government, business tools and templates, or insurances and financial benefits – our influence follows the ebbs and flows of our membership numbers.