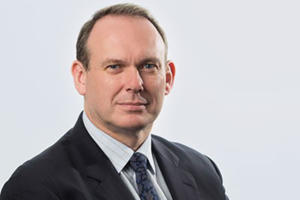 Most years, you can normally expect August to be a slightly quieter month, but it’s a mistake to expect normality in 2020. At IPSE, we’ve been very busy this August – from preparing for consultations on possible major tax changes for the self-employed, to campaigning in the media to make sure government is ready to re-open and extend it’s support packages if the looming second wave materialises.

Getting your voice out there

For me, it’s certainly been a busy month. When the government opened the second round of the Self-Employment Income Support Scheme, I was on Sky News and the BBC underlining how much the gaps in support had harmed limited company directors – and arguing the government must be ready to re-open and extend the scheme.

We made the same arguments in the Financial Times, the Independent, the Telegraph, BBC News Online, BBC 5 Live and many other outlets. We understand the damage the gaps in support have caused, and we’re working hard to raise awareness about it and make sure all the self-employed get the support they need if a second wave arrives.

This month, we’ve also used our own research to highlight the damage that gaps in support have caused to the self-employed. Our second Confidence Index of the year, which was also reported in the BBC, showed coronavirus has led to a 25 per cent drop in freelancers’ average incomes. Our report coincided with ONS data showing the number of self-employed has seen the sharpest drop on record.

Just what we need…

In times like this, you would hope the government would see the need to support and boost the struggling self-employed sector. It may not surprise you to learn that this is sadly not the case. This month, we have been preparing to face down more government-driven threats to the sector.

Chancellor Rishi Sunak has already hinted he may push to increase self-employed taxes, and next month we will be giving evidence to a far-reaching Treasury Select Committee inquiry into post-coronavirus tax changes. We are also preparing submissions to two consultations about clampdowns on disguised remuneration schemes. Rest assured: whatever threats emerge, we will be here to face them down for you.

More from your membership

Not only are we pushing hard for you on the policy front; we are also doing more than ever to improve benefits and support for our members. We have been carefully working through the Membership Survey (and thank you again to everyone who took part in it last month). In response to it, we have more new membership benefits this month.

As well as giving you heavily discounted access to the Markel Law Hub (including hundreds of template letters, contracts and guides), we have now created a member-only webinar library, giving you access to advice on everything from coronavirus support to IR35 and Making Tax Digital. We’ve also created a new Facebook group to bring members together, as well as a LinkedIn Showcase to promote not only IPSE Awards entrants, but also our members from across the UK.

This year, for IPSE, August is anything but a languid holiday month: we’re working harder than ever not only to make your voice heard in government and the media, but also to get you the support and advice you need during this turbulent time. Wherever you are, keep safe and well.