It’s been hard to escape news of Brexit in recent months, with trade, the Irish border and everything else in between dominating the headlines. But something has been missing from the national debate. For an issue that was at the heart of the Brexit referendum campaign, little has been said about immigration since the UK voted to leave the EU. We have been told that freedom of movement will end, but have been kept in the dark about what will replace it. 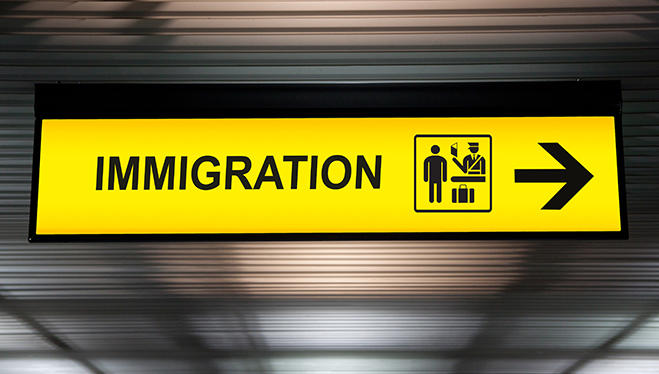 This is an important issue for freelancers in the UK, as any future immigration system with the EU will likely operate on a reciprocal basis, with decisions about EEA migration to the UK directly affecting the opportunities for UK freelancers abroad. From our own research, we know that the self-employed value their mobility, and don’t want Brexit to change this. On the other hand, research has also shown that businesses take on freelancers to help overcome peaks and troughs in demand, and EU nationals are a key part of this workforce.

This week’s Migration Advisory Committee (MAC) report, commissioned by the government, promised to break this apparent vow of silence and provide some much-needed clarity about what the post-Brexit migration system could look like. In many ways, the evidence-based report is a welcome dose of facts in a public conversation too often based on emotion. The report emphasises the advantages of EU migration to the economy – especially the value of higher-skilled migration, calling for future government policy to scrap the cap on high-skilled migration, whether from the EU or further afield.

But when it comes to providing clarity for the self-employed, the report raises more questions than it answers. Its research into the impact of self-employed people from the European Economic Area (EEA) on the labour market is weak. It cites the lower incomes of the self-employed and their concentration in sectors such as construction. There is a major flaw in this data, however, as the definition of self-employment used in this research does not include those who work through limited companies. We know that working this way is the norm in many highly skilled industries such as IT, and that those working through limited companies are more likely to be better educated, better paid and highly skilled. Excluding these individuals from the research makes the report’s findings inconclusive at best, and misleading at worst.

Recognising the gaps in its own research, the report falls short of offering policy recommendations on what a post-Brexit immigration system for the self-employed should look like – important details many were anticipating. Instead, it argues that more research needs to be done to understand how the current Tier 1 “entrepreneur” and “exceptional talent” visas are working for non-EEA nationals before making recommendations on how this scheme should be changed if self-employed workers from the EEA were to be brought within it.

This is disappointing for two reasons. Firstly, the MAC calls for more research to extend the evidence base, but rules out undertaking or commissioning this work itself. This is frustrating given that it commissioned six reports alongside its own yesterday to closely examine specific issues. It is also itself a leading body on research into migration issues, and should be taking responsibility for understanding this sector of the labour market.

The report should have also looked beyond the existing visa routes available to self-employed people through Tier 1. The reality is that the majority of freelancers would not be eligible to apply for a visa through these two routes, which are limited to people who are “leaders in their field” or have access to over £50,000 of start-up capital. The report should have considered, for example, a new long-term visa option for highly-skilled freelancers from a range of sectors. It could also have considered short-term Tier 5 options for freelancers working on specific projects. Indeed, Brexit could be an opportunity to design a future system for a modern twenty-first-century economy, but the MAC report offers few new ideas.

Put simply, the MAC report leaves too many questions unanswered. To protect the flexibility of the UK economy after Brexit, government must strive to create an unbureaucratic, affordable and reciprocal migration system, but the MAC report fails to put forward any clear policy on self-employment. With six months to go until Brexit, now is the time for the government to provide clarity on how it plans to support Britain’s flexible workforce.