IPSE firmly believes IR35 is a bad policy, and that the private sector changes – due to be implemented in April - will make it worse, not better. 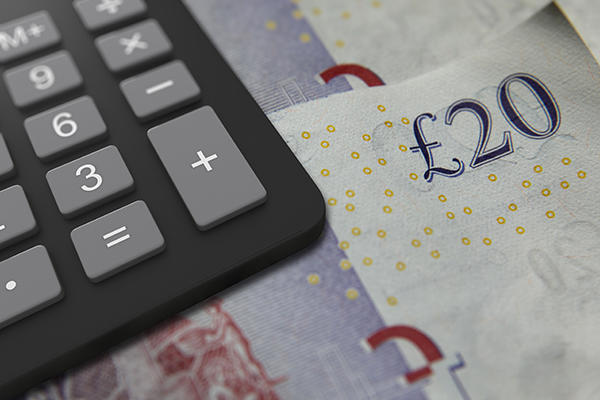 While giving evidence to a House of Lords inquiry on this topic, IPSE mentioned that that an early consultation document disappointingly listed some alternatives to IR35 as ‘out of scope’. Below we summarise these options and set out our view on which options might be the most practical and effective.

IPSE launched the idea of a new company structure for freelancers in 2014, the Freelancer Limited Company (FLC). The FLC, which we developed in partnership with tax experts at EY, would provide certainty about businesses’ tax and employment status, but should also protect revenue for the exchequer. Crucially, the FLC would mean freelancers didn’t face the threat of IR35 investigation because to be in the structure, businesses would already have had to demonstrate that they are not disguising employment.

Businesses would be able to choose FLC status – they would not be forced into it. Then, to become FLCs, they would just have to meet a number of qualifying criteria. Once they were met, they would then be normal companies under the Companies Act, but would have to work under certain restrictions to qualify for specific tax treatment. A fuller explanation of the concept is available here.

In its report on Small Company Taxation in 2016, the Office of Tax Simplification (OTS) agreed the idea should be considered further, stating that, “If the criteria for the FLC are properly set it could deliver certainty (and hence simplicity) to a large body of freelancers and contractors.”

This is IPSE’s preferred solution and we remain convinced it should be up for consideration.

A more straightforward solution might be the introduction of a so-called ‘engager’s tax’ - a charge on companies that knowingly use freelance workers, whether sole traders or individuals working through a limited company.

This may be a viable way for the government to address concerns about the discrepancy between employee and self-employed taxes. Specifically, it homes in on a key component of this disparity: Employer’s National Insurance (NI) which as the figure below this IFG report (p.42) shows is the source of the bulk of the difference in tax take. Effectively, the client would be liable to account for employer NICs on the fee they pay to the freelancer and pay that over to HMRC. It would also deal with IR35 by reducing the incentive for companies to hire individuals who would otherwise fail the self-employment tests.

In 2018, the think-tank Demos made the case for an ‘engager’s tax levied’ initially at 2.5% on a firm’s annual expenditure on self-employed labour, rising to 7.5% over a number of years.

There are risks involved with such a tax. As Demos noted in their report, it may be difficult to implement, could disincentivise certain forms of self-employment and economic activity, and potentially create downward pressure on self-employed wages if companies merely ‘pass on’ the new cost to contractors.  In addition, there is a question over whether such a tax should apply to each specific engagement or, as Demos suggests, a broad-brush charge on a company’s freelance workforce.

IPSE believes an ‘engagers tax’ on businesses could be a fairer way of addressing any perceived tax gap while essentially doing away with IR35, and the idea is worthy of further consideration.

Another proposal raised during 2018’s consultation on the off-payroll working rules was to introduce a ‘a flat-rate withholding tax’. The suggestion is that this would be similar to the Construction Industry Scheme (CIS) for off-payroll engagements.

In essence, as the consultation document explains, “the income tax and NICs withheld would be set against the Personal Service Company’s final liability in the event that the off-payroll working rules are later found to apply or otherwise would be refunded.”

This option was considered out of scope by the Treasury consultation because “it would require a different kind of test or certification from HMRC to determine which individuals could be paid gross and which would be subject to withholding that would result in the incorrect amount of tax being withheld”.

IPSE’s view is that any wider application of a CIS-style scheme would not be an appropriate policy fix to replace IR35. The scheme has been controversial in the construction industry, where it has created significant cost and compliance implications for businesses and contractors. Given this, we do not believe such an approach would work well if applied across the economy in all its complexity and different sectors.

Lastly, a fourth suggestion has been for employment status to be tied to a minimum length of engagement – with short-term engagements (not specified how short) never classified as employments.

The idea is that workers on short-term projects or contractors, less than one month for example, would not need to consider the off-payroll working rules for that engagement. In effect, there would be a grace period of ‘X’ months in which IR35 does not apply.

While such a system might be beneficial for businesses and contractors working on short-term contracts, IPSE are not keen on this idea. Firstly, it would effectively place an artificial time limit on perfectly compliant arrangements. Second, defining what a ‘short-term’ contract is would be fraught with difficulty and may lead to perverse incentives to ‘stop and start’ engagements just to avoid the complexity of status determination.

Again, this was ruled out of scope by the consultation. The given reason was that it would move away from “the principle that the rules should apply to all workers who work in a similar way to employees, as it is entirely possible for someone to be engaged for a short period of time under a contract of employment”.

We believe each of the four ‘out-of-scope’ options listed above would be preferable to IR35, particularly in light of the April changes. The FLC and the so-called ‘engager’s tax’, in particular, are worthy of further consideration.

The long, complicated history of IR35 is emblematic of a tax and employment system that is outdated, complex and ultimately no longer fit for purpose. It is why IPSE are calling for a full review of small business and self-employed taxation. With a Conservative majority government set to be in power for the next five years, now is surely the time for some long-term thinking about a 21st Century tax and employment system. Perhaps the ideas listed here will resurface, and IR35 can be consigned to the history books, where it belongs.