Why freelance collaboration might be the future for you

Bertrand Russell said: “The only thing that will redeem mankind is co-operation.” Bold opening gambit for an article about freelancing, I know. There was a quote from Gandhi I could have used, but even I can see that might be a bit far... You get the point though: co-operation = important.

The thing is, there’s a bit of a stereotype about freelancers. You hear the word ‘employee’ and phrases like ‘team player’, ‘collaboration’ and – if you’re a little too steeped in corporatese – ‘synergy’ spring to mind. Even the term ‘worker’ conjures up visions of burly men in flat caps working together in smog-spewing factories. 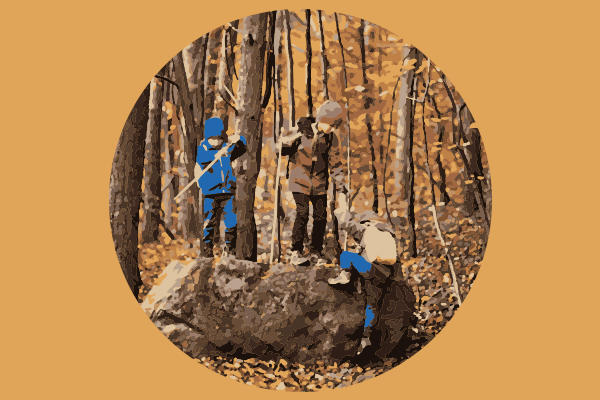 The word ‘freelancer’ is a bit different. When you hear that, you have phrases like ‘going solo’ and ‘working for yourself’ – and images of lone wolves toiling away in home offices. And, indeed, there have been many studies into the phenomenon of loneliness in the freelance community.

While some freelancers work solo and do suffer from loneliness, however, many more collaborate just as closely as their employee and worker counterparts.

Freelancers across the UK and beyond work closely together on countless different projects every year, not only staving off the dangers of loneliness, but also pooling skills and talents to give them an edge over the competition.

For a good example of a highly successful freelancer collaboration, I spoke to software developer Rich Daley and speech and accent coach Luke Nicholson. Most self-employed collaborations start where freelancers generally convene – co-working spaces. But not for these two. Instead, they met when they were both finalists for IPSE’s Freelancer of the Year Awards (which Luke won!).

So, for starters, what could there be for Luke, owner of Improve Your Accent, to work on with Rich, owner of software development company Fish Percolator? (And yes, you read that right: it’s a Twin Peaks reference.)

Well, the first thing about freelancer collaboration is: don’t limit your possibilities. You never know what skills from your network might come in-handy for a new project or client.

In this case, Luke tells me he’s been working with Rich to develop “a new online course for non-native English speakers who want to speak clearly and confidently.”

Rich explains where exactly software development comes in: “You can't just use a standard e-learning tool off the shelf for a product like this because it's got quite a lot of very specific things like audio at different speeds and transcribing text into various national alphabets.”

Collaboration really can take you into some niche and interesting projects.

This isn’t the first time either have collaborated on projects with other freelancers, though. Rich tells me: “You often find a whole bunch of people doing different jobs all banding together to find each other work.

“That actually happens to me a lot because there aren’t many people in my line of work here [at co-working space Duke Studios]. And I also find myself with access to loads of skills, so if someone needs copywriting, I know copywriters here and if someone needs animation, I know animators.”

Tight-knit co-working spaces aren’t, of course, the only way collaboration comes about. There are also a lot of online tools to enable freelancer collaboration – particularly project management apps, which act as online work hubs. There are even LinkedIn groups like ‘Co-working’ to bring freelancers together. It doesn’t have to be complex tech either; Luke says simply: “All the freelancers I've collaborated with have been recommendations or people I've met.”

Both Luke and Rich are clear on the advantages of freelancer collaboration. For Rich: “I think working together with someone you know, and trust is a huge deal, especially if you're in the same physical location.

“Working with the same freelancers more than once means you each get to know each other's quirks and creative styles. And, of course, it means you can say ‘yes we can do that’ when the client asks about something, instead of having to say ‘no, but I can ask’.”

Are there any disadvantages, though? Again, for Rich, it’s all about the bond with your collaborators: “Working in a community like Duke Studios means your colleagues become your friends quite easily.

“It could be tricky to ‘pick’ a freelancer when more than one of your amazing colleague-friends does the same thing without worrying a little about hurt feelings. Although thankfully I've never actually encountered any hurt feelings!”

Overall, though, what advice do Rich and Luke have for freelancers thinking of taking the leap into ‘team-playing’ and ‘synergy’ (maybe not that last one)?

Well, for both – as with any working relationship – it’s mostly about trust.

Rich says: “Make sure you can trust the work of the freelancer you're collaborating with, because the client will judge you for your choices. Being part of a curated community like Duke Studios helps with this because the bar is always pretty high and there are people from every discipline here.”

For Luke it’s also about client delivery, trust and clear bounds. “Make sure all the freelancers in the team are really clear about what they need to achieve and by what time. Check everyone knows the situation with money: how much everyone is being paid and when payments should be made by.”

From the experiences of both Rich and Luke, then, it’s clear working for yourself really doesn’t have to mean working by yourself. And perhaps, given these ringing endorsements, it shouldn’t. You might even say co-operation could redeem freelancers from the dangers of loneliness. I still won’t use that Gandhi quote though.