Do you have an idea you can't stop thinking about? A nascent business, a venture you're determined to pursue, or a passion project you can't let go of? 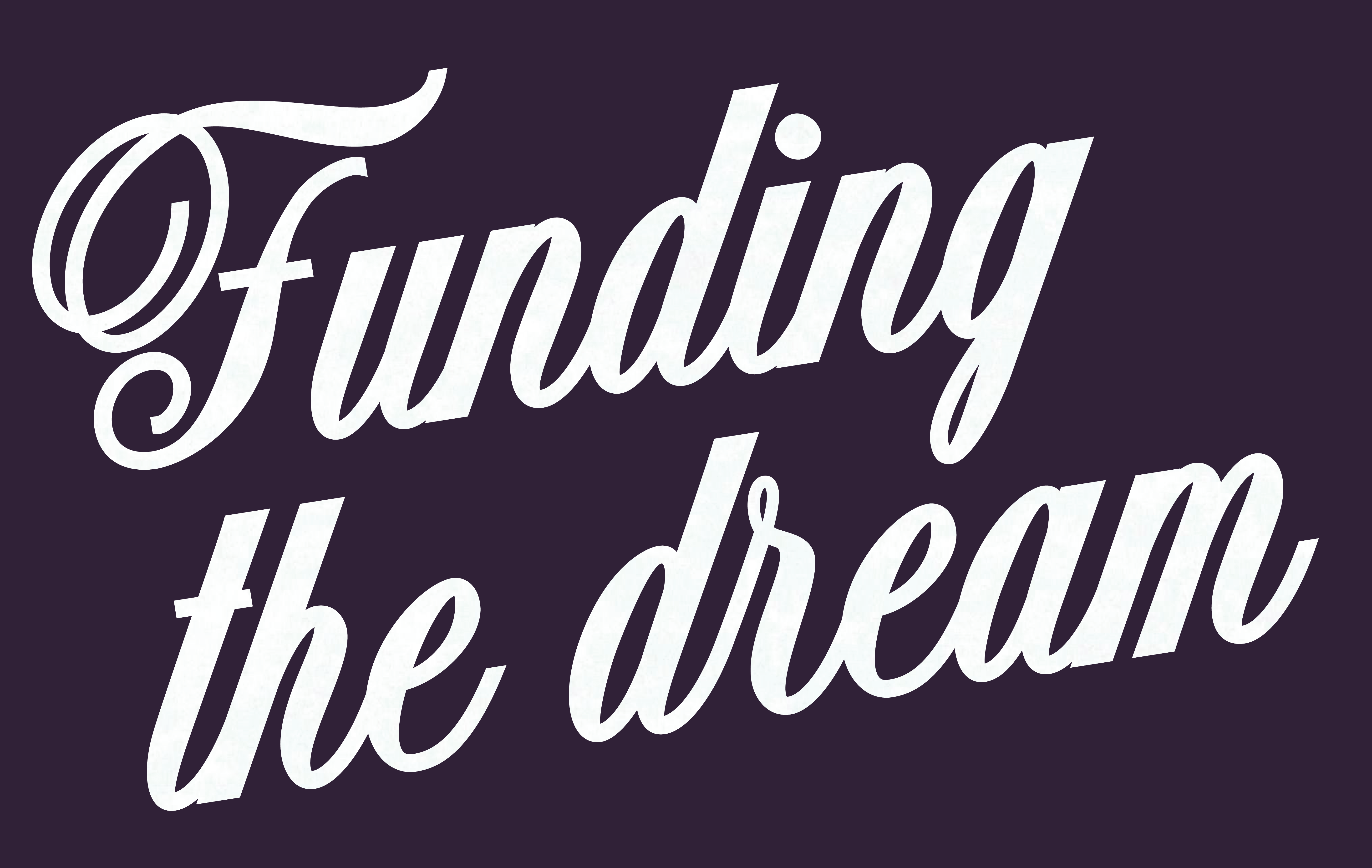 Need more cash to make it happen? Nick Strang was in that situation a year ago. While working behind a bar he dreamt of launching his own community radio station, citybeatradio.co.uk

This year, he received funding from the National Lottery to make it a reality. He’s been able to reduce his hours at the bar and eventually plans to work full-time on the project.

Nick enlisted the help of Tricia Gardiner (greenshootsnottingham.co.uk), who works with founders to achieve their funding goals.

“A good strategy is to break your venture down into its component parts,” says Tricia. “For example, a radio station is made up of equipment, a venue, and different types of content.

“Rather than looking for one big pot of money to fund the whole thing, you can find lots of smaller pots to cover individual items. And you don´t have to think just in terms of money. Someone might be willing to donate the equipment, for example.”

City Beat Radio covers topics such as mental health, the arts and local history, which attract a lot of support. As well as lottery funding, Nick found individuals who were willing to collaborate by providing studio space and even developing the website free of charge.

Going forward, there is potential to expand the range of supporters he says, for example, by looking for mental health or heritage trusts willing to fund particular strands of content.

Here's another example of lateral thinking.

Lukas Cole had been running music nights for several years and planned to launch the Wigflex City Festival in Nottingham with the help of his partner, Avarni. Lukas had already sold their house to fund the dream and needed to find other ways to raise more money.

Their strategy was to expand the concept beyond music, to include arts workshops and family activities during the day, combined with music sets in the evening. By weaving in these different strands, they were able to land £15,000 in Arts Council funding.

Having ‘staked everything’ on the dream, the inaugural year was a huge success. They attracted big-name DJs and over 3,000 people flocked to the festival.

They proved that Wigflex is a boost to Nottingham and this puts them in a strong position to apply for larger pots of funding for next year, including £100,000 from the Arts Council, support from the city council and various forms of sponsorship.

“Funding is a layering process,” says Tricia. “You start small, and then increase it as you build your track record. One partner can attract match funding from another, and so on.”

Wigflex is a for-profit venture, but they are planning to set up a non-profit strand which will enable them to apply for different pots of money not available to commercial ventures, thus widening the net further still.

So, if you're prepared to think creatively and put in the work required, these are some of the things you could consider.

The advantage of a grant is that you don't have to pay the money back or give away part of your business. A good place to start is on the Arts Council website, which lists a wide range of funding sources. For a list of government grants, try gov.uk.

It’s also worth doing a web search for UK grants and trusts.

Finally, if you’re planning to start a social enterprise you could try unltd.org.uk, which offers grants of up to £15,000.

If you have a good credit rating, you could apply to your bank – most high street banks offer small business loans if your business plan is strong enough.

Some entrepreneurs also bootstrap their start-ups by taking our zero per cent credit card deals. There are cards offering up to 28 months’ interest free. Be careful not to get into a debt spiral though – check out Martin Lewis’s advice on how to do it cleverly on moneysavingexpert.com.

If you cant get a bank loan, try start-up loans, a government-backed scheme that lends up to £25,000 to start or grow your own business.

Do you have a ready-made audience who might be of interest to the right brand? Or could you partner with someone who does?

Again, it pays to think creatively. For example, illustrator Emmeline Pidgen convinced Laura Ashley to sponsor her blog campaign ‘What Emmeline wore’, in which she illustrated her outfit every day for one month. The campaign drew over 100,000 views on her blog, which gave a huge boost to her business.

Business angels are individuals or firms willing to invest money in return for a stake in your business, so if you're willing to give away a percentage of your company's shares, this could be an option.

You can find a list of investors at seedlegals.com. You'll need a good presentation to hook them.

For inspiration, try googling ‘famous start-up pitch decks’. It's fascinating to see how companies such as Facebook and Airbnb first presented their idea to potential investors.

Many universities in the UK have funds to support promising alumni-led start-ups. So, if you're a graduate, whether recent or not, it's worth scouring your alma mater's website for potential opportunities.

It's also a good idea to contact any of your old tutors and ask them to point you in the right direction, as funding opportunities can sometimes be hidden in the darker reaches of the institution.

There are over 300 accelerators and incubators in the UK. These are structured programmes that help you refine your idea, usually by attending sessions over several weeks, or even years. Most of them are attached to investor networks and successful projects are able to secure investment by the end of the programme. For a list of accelerators try etondigital.com.

For example, Sabina Radeva used Kickstarter to self-publish her picture-book adaptation of Darwin's On the Origin of the Species by offering an autographed first edition, downloadable colouring pages and activity sheets.

She raised nearly £50,000 to produce the book, which she would not have been able to do otherwise. The success of the kick-starter campaign also led to a publishing deal with Penguin Random House and the book has so far been translated into 24 languages.

“To attract Kickstarter visitors to your project page it´s important to have stunning graphics, an exciting idea and a well-presented project page with clear goals and budget,” says Sabina.

“Visuals can make a big difference. My project made it to the front page partly because of the attractive illustrations. I recommend investing in a graphic designer for the styling of the page.

“A professional-looking video is also essential. It can take a month or more to design a good Kickstarter campaign.”

Tim Bradburn is an independent business consultant, member of IPSE’s Consultative Council, and author of several publications, including ‘Be Your Own Boss,’ IPSE’s guide to freelancing.