Financial wellbeing: Why it pays to evaluate the market regularly

Market forces affect the majority of people in one way or another, but those of us who run our own businesses are more exposed than most.

So it makes good financial sense to evaluate the market thoroughly, not only when starting out, but also on an ongoing basis.

Although market changes aren´t easy to predict, there is plenty that can be done to assess potential opportunities and threats.

If you´re not used to doing this, here are three questions to consider. 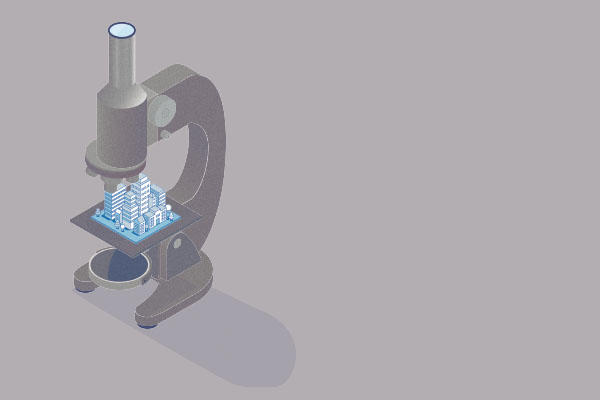 How well do you know what clients really want?

“Every time we’re talking to somebody about a project, we’re trying to figure out what a win looks like for the client,” says Shane Pearlman, who built his freelance operation into a global digital agency.

“Maybe the thing they really care about is not what you thought,” warns Shane. “So, you have to keep asking questions to find out what it is.”

“The other thing we’ve learnt is that the answers can change. We had one project that ran for eight years and the answers changed five or six times. A couple of times we missed the change and it created tension until we finally realised that we were out of sync.”

When asking questions, it´s very important to understand who the ultimate decision-makers are.

“We had a huge problem when we were working directly with the CEO of a large investment company,” recalls Shane. “We were doing everything the CEO wanted only to discover that the board, not the CEO, was driving decisions, and they weren´t pleased with the product, despite the fact that the CEO was.”

Doing your research helps you work out whether you need to tweak your product or service, change the emphasis of how you pitch it, or target a different type of client altogether.

How attractive is your market?

According to an article in the Harvard Business Review titled ‘How competitive forces shape strategy’, a five forces analysis can help you assess your position in the market and how this affects your profitability.

The five forces are:

For each of these forces, score the level of intensity as high, medium or low.

Generally speaking, the more ´low´ scores you have, the more attractive your market, because there are fewer constraints on profitability.

If all your scores are ´high´, then maybe this isn´t the most profitable market for you.

You could therefore test some other markets. For example, is there a different audience who might be interested in what you do?

Alternatively, could you think about ways to influence one or more of the scores? For example, if `supplier power´ is high, could you persuade a powerful supplier to make you an exclusive partner?

Is the market on the up, or heading for oblivion?

Understanding the stages in the evolution of a market can help to predict where it´s likely to go next.

In his book, The Evolution of New Markets, economist Paul Geroski observes how markets go through specific stages.

The first stage is the era of ferment with the emergence of a new technology or radically different way of doing things. As more and more people become aware of this shiny new thing, an ever-increasing number of competitors rush into the market spurred on by the hype.

At this point, there is no industry standard and there are many different variations of the technology or approach.

The transition to the second stage is marked by an inevitable shake-out, which culls a large number of weaker competitors. The survivors then go on to dominate the industry, and develop standard ways of doing things, leading to the era of dominant design.

Remember the emergence of social media? A decade ago, there was no standard way of handling social media icons on a website, whereas now there is a clear dominant design – most websites feature a row of icons on the page header or footer.

The market then reaches full maturity, which can last for a very long time. Eventually, however, something else will come along to replace it, and it goes into the third stage, the era of decline, leaving behind a few niche producers, who usually have to charge a lot of money to supply a handful of remaining customers.

The transition between stages can happen quickly or gradually and it´s almost impossible to predict accurately when it will come.

What you can do is spot which stage a particular market is currently in. And once you know that, you can adopt the right strategy to fit the stage.

For example, in the era of ferment you know the shake-out will happen at some point in the not-too-distant future. So it´s not a good idea to bet the farm on equipment or training that takes years to pay back, unless you´re sure it will become the dominant design.

And if your clients are businesses operating in such a market, you should take care not to put all your eggs in one basket, because you don´t know which firms will survive the shake-out.

The same applies if a standard way of doing things has been around for ages – don´t expect it to last forever because all markets eventually decline.

The key is to stay aware. By evaluating the market proactively, we stand a better chance of finding the most profitable path for years to come.

Tim Bradburn is an independent business consultant, member of IPSE’s Consultative Council, and author of several publications, including ‘Be Your Own Boss,’ IPSE’s guide to freelancing.