This blog is just one of many resources IPSE provides for those seeking guidance and support on tax as a self-employed person.

To find it all in one place, visit our Self-Employed Tax advice page.

As we approach the end of another tax year, which for now still end on the 5 April, accountants are often asked what ‘magic’ we can apply to an individual’s financial affairs, to reduce or even eliminate their tax bill.

Regardless of what you might sometimes read, sometimes there is nothing that can be done. A UK-resident employee for example will suffer full tax and national insurance (depending on age) on their earnings, and anyone offering to ‘bypass’ normal taxes should be viewed with extreme suspicion. Using products like ISAs and claiming permitted, (and often quite minimal) allowances for home-working or charitable donations may well be all that is on the table in those circumstances.

However, if you’re lucky enough to be working for yourself, and not caught up in an ‘inside’ IR35 (or ‘off-payroll’) contract, then there will inevitably be more options potentially available. 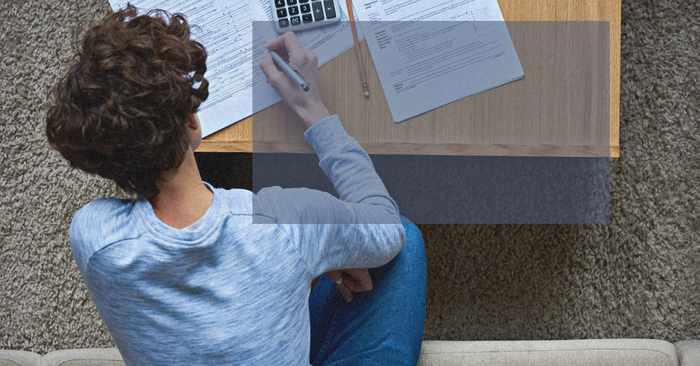 When and how much you have to take as income

We’re assuming here that you are a sole shareholder and director of your own limited company here. If you are treated as ‘inside’, you’ll usually have the same experience as an ‘employed’ worker, with little flexibility. Often, the first question is – do you have a choice over when and how much you have to take as income each week or month or year?

Some taxes are payable as soon as the relevant income is earned. Some taxes are triggered by payments made. Some taxes are paid long after income is received and profit made. Corporation tax for example is due nine months after the end of the accounting period (with a small number of exceptions) in which the profit was made. The PAYE on earnings paid through payroll is due in the month after PAYE is paid.

Dividend tax is due either by the 31 January following the end of the relevant tax year, or to some extent earlier via income tax payments on account, depending on your income history, and when the relevant dividend was voted and paid.  It’s a complex picture.

Consider first a limited company contractor who needs to draw all of their income, after allowing a reserve for corporation tax, each month. Assuming they have no other taxable income and are the only shareholder in the company, a small salary, allowable expenses drawing and the balance in dividends will normally be a tax efficient policy. If there is a spouse with shares in the company also, then depending on their other income, paying them a dividend is also likely to be tax efficient. Other factors may be relevant here, so take care/advice.

If however you are able to decide when to take income, you can sometimes delay payment, and sometimes choose an advantageous tax rate. As we approach the 5th of April 2022, we see imminent changes to national insurance and dividend tax, and approaching changes to corporation tax. While you can’t really ‘choose’ when to make a company profit (and pay corporation tax on that) you may have choices over dividend timing. But you have to be careful.

The changes to national insurance cannot simply be avoided – if your income is taxed as for an employee, then when the rate changes, the amount of employee’s NIC will increase, by 1.25%. You may also be impacted to some degree by the increase in employer’s NIC if that amount is part of the calculation used to arrive at your gross pay. But assuming you are not being paid as an employee, dividend tax rates, which also increase in April, might be more interesting depending on your normal dividend drawing pattern.

Each year you have a personal allowance ‘pot’, a basic rate ‘pot’, and so on. Normally it will make sense to fill up each pot in reverse order of tax rate, without using the next pot if you can wait until next year and use that one. This year, the amounts of personal allowance and the main tax bands and rates are not changing – except for dividend rates and national insurance, in advance of the introduction of the health and social care levy in 2023. So, if you have a choice over when to take a dividend, you may be able to save some tax.

Consider a limited company contractor with some reserves in their business. They are planning to take out additional dividends of £40k to pay for some renovations at their own residence.  Assuming the company has sufficient reserves (undrawn profits after corporation tax) then if the dividends are paid in the current tax year, and in the same band as they would be in the following year (all other things being equal) then a saving of 1.25% in tax on the dividends is possible. That’s because they are filling up this year’s ‘pots’ instead of next years, when the rate for those pots will be higher.

If also, the contractor normally doesn’t normally take all of the ‘pot’ for basic rate dividends, and otherwise won’t next year, then it is sensible to fill the basic rate pots for both years, and then take the excess at the higher rate this year, before the rate increases.

So, where cashflow is not an issue, filling the ‘pot’ with the lowest tax charge is broadly a good policy. If your aim is to delay the payment of tax, even if a slightly higher rate maybe payable, then wait until after 5th April to vote the dividends.

The impact of IR35

Another issue many contractors have faced this year is where they have a combination of normal ‘outside’ IR35 working and then earnings taxed as PAYE income. Normally, a low salary and dividends policy is used for outside IR35 working.  But when significant taxed earnings are also present in the same tax year, then the salary paid from your own limited company should be reconsidered, and normally reduced, even if you’ve only spent part of the tax year working ‘inside’.

You may also find, for IR35 or other reasons that your income tax payments on account vary significantly. In a steady, normal year, you would normally find that the payments made in January and July roughly settle the amount due in the following January for your income tax liability.

However, where the amount due varies, you may find that you’ve paid much less or much more than you should. This can be rectified, but where payments that are too big for the likely liability can be foreseen, then an application can be made to reduce these and save cashflow. Do remember though that if you reduce payments on account to levels that are clearly below those you should have made, then interest may be charged to make up for the ‘late’ payments made.

Committed to supporting contractors, freelancers, and the self-employed to make the most of the freedom and flexibility of this way of working, JSA Group are proud to be trusted by over 15,000 contractors to help manage their finances and support them through their contracting journey.

Do I need to file a Self Assessment tax return and what if I’ve received a COVID-19 grant?