Self-employed coronavirus support: What can the government do for limited company directors?

Last week I wrote about the critical importance of limited company contractors to the UK economy, the fact they’ve been excluded from the Covid-19 support packages so far, and that their exclusion highlights the absurdity of IR35. Since then we’ve been contacted by hundreds of ltd co directors who have seen their work stop completely and who are desperately worried about how they will pay their bills and feed their families. We have relayed their plight to the government, and we’ve been doing some thinking about what a workable support package could look like. 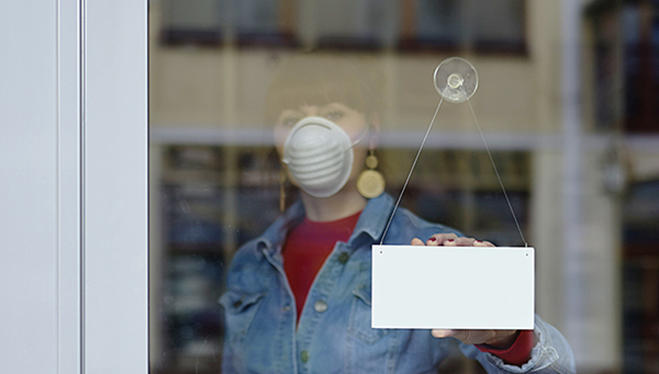 There are many ltd co directors who were dismayed to find they were excluded from the Self-Employed Income Support Scheme (SEISS) unveiled last week. IPSE was closely consulted when the SEISS was being hastily developed. We pushed for the scheme to include ltd co directors, who overwhelmingly receive most of their personal income via dividends. The barrier to this, as the government saw it, was that there is no simple way to distinguish between dividends from the director’s company profits, and dividends from elsewhere e.g. a share portfolio.

Could the SEISS be extended to limited company directors?

Since last week there have been calls to extend SEISS to ltd co directors and account for dividend income by supplying paper evidence of where the dividends come from. We understand the sentiment but the government are concerned there may be practical barriers to this approach. It would probably mean directors would have to apply and submit company accounts as evidence to differentiate them from sole traders who will simply be contacted by the government and told they are eligible for the scheme. It would also involve HMRC checking that evidence, which would take time – bear in mind, too, that they are already running at less than full capacity because of Coronavirus.

Perhaps there is a fairly straightforward way to check where dividends come from, but if the government is determined to separate out investment dividends, it’s hard to see how this can be done without a manual trawl through the accounts of every applicant – and there are likely to be hundreds of thousands of them. Personally, I think a ‘pay-now-check-and-claw-back-later’ principle would be appropriate here, but the government is reluctant.

There is also the £50k cap to consider. If your profits are over the cap, you get nothing under SEISS. So even if it were extended to ltd co directors many wouldn’t be in scope anyway (though a great deal would). IPSE believes the cap should be removed, or a taper system put in place where the benefit slowly diminishes as the earnings increase beyond £50k – for the time being, the government says this is too complicated and would delay the roll out of the scheme.

What about a ‘Job Retention Scheme’ for limited company directors?

The other big initiative recently unveiled by the government is the Coronavirus Job Retention Scheme (CJRS). This is designed for employees that have been furloughed by their employer. The government provides them with 80 per cent of their salary for the time they remain furloughed. We are waiting for government guidance that confirms this but we are fairly certain that ltd co directors can make use of CJRS. We are also fairly certain they can continue to carry out the statutory duties of running their company while furloughed, but they cannot perform work which generates income for their company.

The glaring problem with CJRS is that it only applies to the PAYE element of the directors’ income, not their dividends. For most, therefore, it entitles them to 80% of not very much. There have been calls to extend the CJRS to include dividend income. There is the same problem here with working out where the dividends come from. Some have suggested you could base it on the taxable profits of the company, which the government already has records of. This, however, wouldn’t account for any profits which are reinvested in the business or paid out as salary to employees, and therefore the government aren’t going to go for that.

Curiously though, the Cabinet Office has issued guidance to public sector hirers which pretty much does apply the terms of the CJRS to what they call ‘personal service companies’ – that’s limited company contractors to you and me. Essentially the guidance instructs public sector organisations to provide 80 per cent of payments they would ordinarily expect to make to their ‘contingent workers’ if they cannot work due to office closures, sickness or childcare requirements. Furthermore, the guidance states the purpose of the provision is to protect the livelihood of the ‘workers’ and to ensure they remain available for when the economy picks up. Shouldn’t these principles apply equally to those working in the private sector and their private sector clients?

The answer must be ‘yes, they should’. The problem, we assume, is that there isn’t a straightforward mechanism to ensure that private sector employers will implement such a scheme, particularly for contractors they have already ceased to contract with. Had the government issued this guidance to all private sector hirers earlier, it might have been different, but we are where we are.

Interestingly, the Cabinet Office guidance doesn’t refer to IR35. There would be, to my mind, a straightforward case for extending what is essentially an employee scheme to those who are being taxed like an employee under IR35 (remember the rules changed in the public sector in 2017 – it’s public sector organisations that decide whether IR35 applies). These are, after all, individuals who have had their status as independent businesses taken away from them, rightly or wrongly. They are being treated like employees for tax purposes and they should really have full employment rights, including full access to the CJRS.

Following that logic, it’s possible to make the case that the full benefit of the CJRS should not apply to those working outside IR35. And herein lies our nervousness about pushing for full CJRS entitled for all ltd co directors. Even if the practical problems of accounting for dividend income could be solved (and surely they can somehow) it’s clear the government would seek to impose IR35 as broadly as possible. To be fair the government are already seeking to do this anyway, but if we are to have any chance of persuading it otherwise, we must be careful what we ask for here – as the Chancellor’s statement on sole trader National Insurance Contributions implied, there will be a trade-off in any support package on offer to different groups.

Nevertheless, it’s clear that something more does need to and should be done for ltd co directors. There is a basic unfairness in the situation for them compared with employees and now sole traders, who they resemble in many aspects. But perhaps crowbarring them into the schemes already announced isn’t the answer. Perhaps a bespoke package of support should be put in place for businesses. A package that is frankly more generous than the Business Interruption Loans, which it is clear are not working effectively and bring the risk of debt and personal guarantees – even for those businesses that want them. Businesses need a cash injection, not a loan, and small limited companies should be entitled to any such scheme, just like every other business.

How would this cash injection take shape? That is what IPSE has been thinking about and we’ve come up with two options which we are putting forward to government:

Neither of the ideas outlined above is perfect and both are a long way from being fully fleshed out. It must also be recognised that both would be extremely expensive for the Exchequer. IPSE is continuing its dialogue with government on how it can best provide vital support to business in this terrible time but we want to assure both our members and the wider self-employed community who operate via a ltd co that we are continuing to fight your corner. We hope that between us, along with other key stakeholders, we can come up with something deliverable and effective. In the meantime, it’s worth looking at the support that is currently available. You can find more information on this on our website, which we are keeping constantly updated.