For many freelancers, 2020 will be a year to forget. The pandemic and associated lockdown restrictions, combined with uncertainty over IR35 changes and Brexit, has had a devastating impact on the economy. At IPSE, we know first-hand from our research and speaking with members that few industries have been spared from the damage. Work has been delayed, cancelled or simply in very short supply. 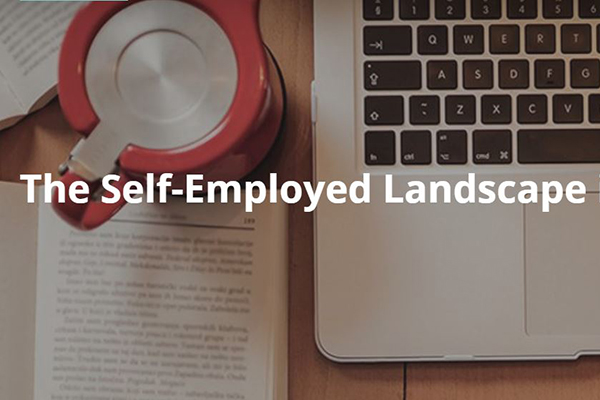 Fall in self-employment numbers and rise in Universal Credit applications

The findings are consistent with recent ONS research and show the number of solo self-employed in the UK has fallen by 5 per cent compared to last year, now down to 4.4 million. Until now the sector had been growing continuously for 11 years – by a total of 40 per cent.

Sadly, some of the sharpest falls have come amongst younger self-employed workers aged 18-29, where numbers have fallen by 11%, and in disabled self-employed people (-8%). The impact has not been uniform across the country, either, with the steepest drop in numbers (all by 10%) coming in Yorkshire and the Humber, the East of England and Wales.

The findings also reveal that there has been a mixed impact across self-employed occupations, classified by so-called Standard Occupational Category (SOC) codes. Those in the typically higher skilled SOC codes, such as managers and proprietors, have fared slightly better although there were sharp declines in the number of public service professionals (-29%) and engineering professionals (-17%). Construction workers, road transport drivers and agricultural trades have also been particularly badly hit.

There are other stark findings in the research. As we outlined earlier this year, the report found an enormous increase in self-employed people accessing Universal Credit. The number of solo self-employed accessing UC rose by 341 per cent from 47,000 in 2019 to 206,200. This is perhaps unsurprising given that one in seven people in the sector (15%) said they became solo self-employed between 2019 and 2020. This equates to 591,000 people who would not have been able to access the government’s Self-Employment Income Support Scheme (SEISS) and may, therefore, have had to turn to the welfare system for help.

Our latest research confirms the picture of a difficult year for the self-employed. IPSE’s Confidence Index, which tracks economic sentiment and earnings, has found freelancers have suffered income drops of almost 25% this year.

The drop in self-employed numbers we have documented is particularly concerning because usually the self-employed sector is resilient during a downturn. After 2008, the self-employed drove the jobs boom, providing flexible expertise to businesses who were worried about the risk of taking on permanent staff. Between 2008 and 2011, the number of freelancers grew sharply from 1.39 million to 1.56 million. Not so, however, in 2020.

Self-employment will always have its appeal - for the flexibility and freedom it provides individuals and the attractiveness of flexible, agile staff for hirers - particularly at a time when the economy is fragile. New online freelance platforms, and the decline the ‘9-to-5’ office job, also opens up new opportunities for people to develop so-called self-employment side hustles.

However, here seems little prospect of an uptick in the sector in the near future, particularly with uncertainty over Brexit and the wrongheaded rollout of IR35 to the private sector in April 20201. The Chancellor’s mooted threat of tax rises on the self-employment will also make the prospect of going it alone even less tempting.

In terms of policy, the urgent need is for government to fix the gaps in the safety net for the sector. The government’s Self-Employment Income Support Scheme has been a vital lifeline for over 2.6 million self-employed people but has many gaps that should be fixed for the coming months, when it looks like tight restrictions will remain. IPSE has outlined proposals for how this could be done – government should heed our advice. Similarly, Universal Credit was never designed with the self-employed in mind. During the pandemic, government has made it easier to access and more generous for the self-employed: it is a no-brainer that these changes should be kept after the pandemic.

In the long-term, government must consider ways to simplify and clarify our outdated tax system and employment status legislation. Successive governments have spoken warmly about the need to encourage self-employment and entrepreneurship, but the debacle of self-employed support during the pandemic shows how little has actually been done.

In the new year – particularly at the Budget in March - the government must decide whether it genuinely wants to support self-employment and make life easier for those who choose to pursue it.