Representatives from all the major political parties in Scotland gathered in Glasgow on Wednesday (4 December) to debate their policies for small business and the self-employed. The event was co-hosted with The Herald. 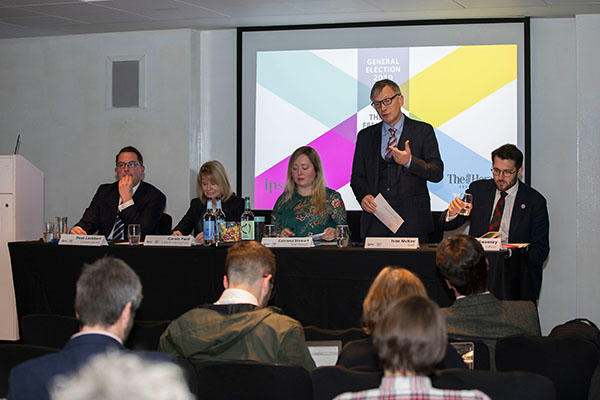 Each panellist was given a five-minute opening pitch to the audience of freelancers and entrepreneurs.

Scottish Government Trade Minister Ivan McKee MSP, speaking for the SNP, kicked things off. He called IPSE’s manifesto a “very important piece of work” and noted that it touched on policy issues that were both devolved and reserved. As a result, he covered what the Scottish Government was doing on matters such as late payment, whilst reiterating the party’s manifesto commitment that SNP MPs would stop the rollout of IR35 to the private sector until a review had taken place. He added that Brexit would be a “disaster” for businesses large and small.

Paul Sweeney, the Labour candidate for Glasgow North East, was the event’s second speaker. He said the Labour manifesto was a radical programme of investment in public services and infrastructure. He said the IR35 legislation had been “a sledgehammer to crack a nut” and confirmed it is Labour policy to review it. 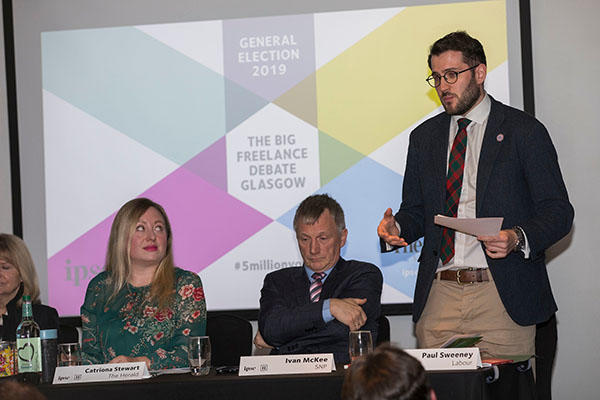 The Lib Dems’ Carole Ford, a candidate in Glasgow South, said that it was her party who were the real “party of business”. She said the Conservatives’ Brexit plans and Labour’s economic policy would not help entrepreneurs to succeed. Ms Ford said her party would effectively end retrospective taxes like the loan charge and review IR35, and she added the Lib Dems would prioritise the self-employed when it comes to rollout of broadband.

Lastly, Dean Lockhart MSP, the Conservative Shadow Cabinet Secretary for Economy, Jobs and Fair Work at Holyrood, said only his party could “get Brexit done” and move past constitutional debates. The Tory party platform had “a number of policies that align with IPSE’s manifesto” and he was pleased to reiterate Sajid Javid’s commitment that the Conservatives would review IR35.

Broadband policy was the first question to be asked during the panel discussion, ably chaired by The Herald columnist Catriona Stewart.

Mr Lockhart criticised the Scottish Government, which he said was set to miss a target of rolling out “superfast broadband” to 100 per cent of premises in Scotland by 2021. He claimed Labour’s policy of free broadband was also impractical. Mr McKee defended the Scottish Government, saying it still had two years to meet the target. He added he was “proud” the Government has reached 95 per cent of broadband roll-out and criticised the UK Government for having “abdicated responsibility” for the extension. 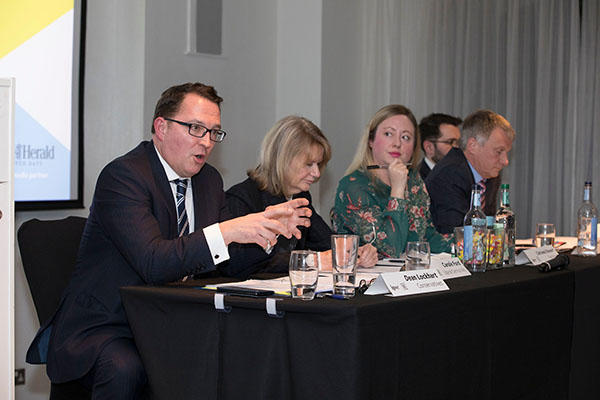 Paul Sweeney, the Labour candidate for Glasgow North East who had been Shadow Under-Secretary of State for Scotland, defended his party’s proposal to nationalise broadband services and offer it free to users, paid through the tax system. However, his Lib Dem opponent Carole Ford said Labour’s policy was “so expensive it didn’t bear thinking about” and that a single government supplier would destroy competition.

Late payment was the next big talking point and encouragingly it was an area where there was a lot of cross-party consensus. Mr Lockhart says it was his party that brought in the Small Business Commissioner and that there were proposals “ready to go” to enhance the role with tougher powers. Mr Sweeney and Ms Ford agreed – both of their parties have manifesto commitments to ban companies that pay late from bidding for government contracts as well. Mr McKee, along with the other opposition parties, was critical of the lack of action the Conservatives had taken on the issue given they had been in power for nearly a decade. 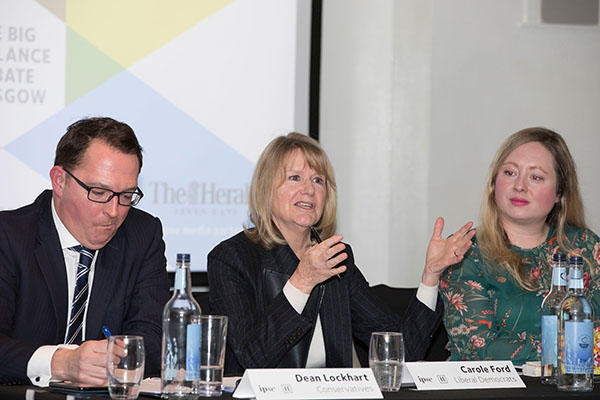 However, the biggest talking point of the night was IR35. Several members of the audience raised the controversial tax topic as an issue, saying that clients had been left confused by the proposed changes.

All the politicians on the panel said IR35 needed to be reviewed or delayed but there was heated disagreement over what this would mean in practice.

Mr Sweeney claimed it was an “idiotic government policy” that would “suffocate innovation”. Mr McKee was even more forthright, saying the SNP opposed the changes and thought they should be cancelled.

Dean Lockhart said Sajid Javid had committed to a review but that he “personally would be very happy for the IR35 private sector roll-out to be delayed”.

Ms Ford said the Lib Dems’ solution was to review IR35, noting it was a complex issue that required further consultation before it was rolled out. She suggested her party would take a wider look at employment status as the world of work was changing.

While we did not poll the audience at the event, IPSE’s Big Freelance Debate in Glasgow provided an excellent forum for the parties to set out why they should earn your vote. With just a few days to go until the election, the self-employed vote could be crucial in deciding the outcome.