The party of business? Freelancing and Conservative Party Conference

The mood at Conservative Party conference was conflicted. On the one hand this was the first conference since the party’s landslide General Election win in December 2019. Typically one would expect this to be a big celebration. Activists would gratefully cheer on the party leader and excitedly debate what to do with the next few years of government, while lobbyists would bid for the changes to enable their sectors to thrive. On this occasion, though, the honeymoon period is well and truly over, and there is actually quite a bit to feel disgruntled about – especially if you happen to work for yourself. 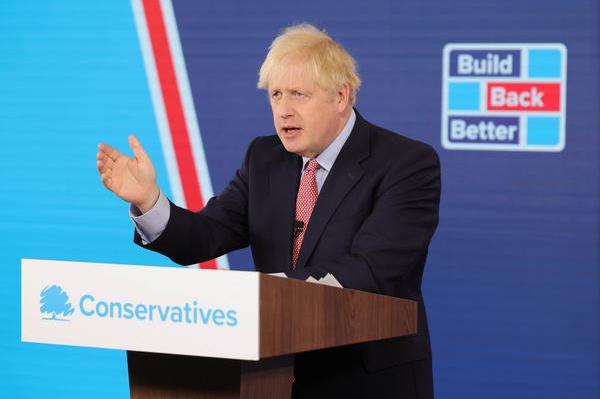 Since the 2019 election the government has implemented changes to IR35 in the private sector, which have clogged up supply chains and forced thousands to close their companies. The impact of this has been acutely felt across several sectors, including haulage where it has contributed to a critical shortage of HGV drivers. In turn this has led to a fuel crisis – not a good look for what some have always believed to be a party which supports motorists.

The Conservatives are also ‘the low tax party’ or they are supposed to be, but last month the Prime Minister broke a manifesto pledge when he raised dividend tax and National Insurance – significantly. If you are one of the many hard-working contractors now forced to operate through an umbrella company, that NI rise means a double hit as employees' NI (which you quite possibly shouldn’t be paying in the first place) is going up by 1.25% and the employers' NI (which you definitely shouldn’t be paying but probably are) is also going up by 1.25%. Overall, the tax burden in the UK is now higher than it has ever been.

It is fair to say the business lobby – which IPSE is a part of – isn’t overly enamoured with the Conservative government at the moment, which goes against the expected norm as the Conservatives are also supposed to the ‘party of business’. Yet Brexit has created problems for business which the government seems little inclined to do very much about and this has been exacerbated by increasing taxes at time when many businesses, large and small, are feeling vulnerable and struggling to get back on their feet following the pandemic.

It wasn’t all grumbling though. Most Conservative activists – certainly the ones who attend conference at their own expense - remain loyal to the Party and did celebrate the political dominance currently being enjoyed by the government, but there is undoubtedly an uneasiness there too. For IPSE – which has no allegiance to any Party – the feeling goes well beyond uneasiness. We took the opportunity at conference to speak to as many MPs and stakeholders as possible about the extreme difficulties being faced by the self-employed.

From the patchy support during the pandemic, to the tax hikes to the devastation caused by IR35, there is little doubt it has never been harder to work for yourself. We believe the government should be concerned about that and we will keep pushing that message until someone in Government starts listening.