Brexit - where do we stand?

The latest on Brexit and how it affects the self-employed 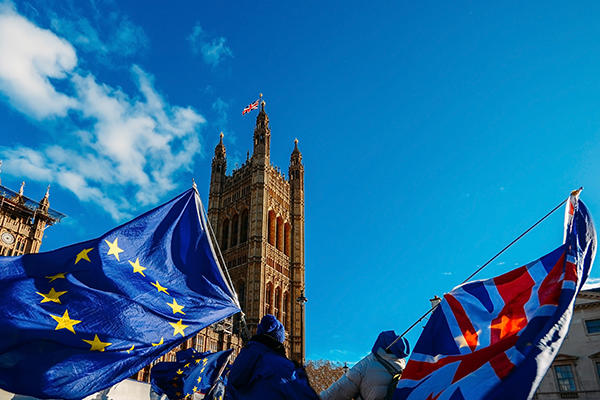 We began 2020 with a newly elected Conservative government and the Brexit impasse of 2019 behind us. Political stability, it seemed, meant businesses could now focus on the negotiations over a trade deal. However, coronavirus and the resulting changes to our daily lives, have meant the topic of exactly how we leave the EU has fallen down the priority list, behind health and the economy. According to CBI survey data released this month, 21% of firms have said their level of preparedness for the end of transition has declined, while 57% of businesses have been unable to progress their plans.

Nonetheless, negotiations have continued over the makeup of any agreement for how the UK leaves. The government remains determined to reach a deal by the end of the year, global pandemic or not. Here we set out exactly where we stand with regard to the negotiations and the possible outcome. We will also be setting up a webinar, which we hope to bring you in October, on exactly how this affects freelancers, for example in terms of immigration, VAT and intellectual property rights. If you have any Brexit related questions get in touch with the policy team at [email protected].

Where are we now?

The UK officially left the EU on the 31st January 2020 and entered the ‘transition phase’ which ends on December 31st. This phase is intended to keep us within the single market and customs union while we negotiate a future relationship, probably in the form of a trade deal. For now, the same rules on trade, travel and business apply.

To many, this seems a tight timeline, especially with all governments having to face the pressures brought on by coronavirus. However, within a few months of becoming Prime Minister last year, Boris Johnson agreed what seemed like an unlikely amendment to the withdrawal agreement. Thus, there is precedent for an agreement to be made in tight circumstances.

How are the negotiations going?

Since March, negotiations have stalled a number of times over particular topics where 47 years of deep economic and social integration have meant some ties are harder to unstitch than others.

The EU is looking for a wide-ranging deal which replaces the existing relationship and adheres to the legally binding agreements passed last year. The UK government wants to see a simple trade deal, with potential secondary agreements on certain issues. In particular, there is a disagreement over the imposition of a ‘level playing field’. This is the idea there should be some alignment on policies around what the government can do to influence a particular market to undermine competition from producers in the EU. One example would be the government investing state aid into failing companies.

There is also a very thick red line on the future role of the European Court of Justice. It oversees disputes within the trade block. The EU are adamant that any access to the bloc, say for financial service companies, be overseen by the ECJ. The government are steadfastly against this happening, having committed to leaving the jurisdiction of the ECJ in the Conservative party 2019 election manifesto.

Where are the potential stumbling blocks?

Aviation – also suffering from a big coronavirus hit, the sector is deeply integrated at a European level, with nine ‘freedoms’ allowed within the European Common Aviation Market. Effectively this all about the ability of airlines to operate country to country within the EU, but also from the UK to the EU. If there isn’t an agreement in place, the UK may have to fall back on the ‘Chicago Convention’, an outdated airspace regulatory decision from 1947 which would have potentially huge costs for British airlines and customers.

Financial Services – The City of London remains the foremost financial centre for much of the world’s financial activity and was always a huge advantage for the EU to have within its single market. Several international regulatory bodies have already moved, and the other centres of Amsterdam and Frankfurt are looking to compete against London for trade and services. The financial services sector would like as close an alignment as possible with the EU to make it easier for certain services to operate into the EU with as little friction as possible. With so many contractors working in Financial Services, this is a key area for IPSE members.

Borders and Trade – The UK has already put together its plan to change immigration rules. However, there is still much uncertainty about travel and trade at the borders. The status of Gibraltar and, in particular, Northern Ireland – as well as how communities and businesses trade and travel across the two jurisdictions – could still be a major stumbling block. Contrary to British requests, the EU currently does not want to allow for the kind of single market access UK road haulers had before Brexit. How trade is conducted at Britain’s major ports such as Dover could also pose problems for a final agreement prior to December.

Fishing – This is the one area which has picked up quite a lot of attention in the press. Prior to leaving the EU, other countries around the North Sea in particular (Norway, France, Denmark etc) could come into our territorial waters and hunt for a range of fish, and vice versa. However, the government are very keen to maintain the sovereignty of British waters and reduce competition for British fishing. From Cornwall to Scotland, fishing communities voted to leave the EU in part, at least, to ‘take back control’ of the UK’s fishing waters.

What should freelancers be thinking about?

Immigration – New immigration rules were set out at the start of the year, including an earnings cap of £25,000 and a points-based system. However, self-employed people are not included in the scheme – an omission that IPSE criticised at the time. Instead, freelancers may have to go through the rigmarole of applying for a complex ‘innovation’ Visa.

Intellectual property – IP rights are designated by jurisdiction; in theory rights to intellectual property will be automatically re-assigned to people once we leave the EU. However, there is little information on the process – such as on whether registration will be required or if there will be any fees incurred. Copyrights, for instance for music, literature and films, are also protected by international treaties, and the Madrid system covers trademarks.

Patents – In theory, there should be a deal in place to recognise pre-Brexit patents between the UK and the EU. However, this is closely related to the debate about regulatory alignment and could present a stumbling block to negotiations, though the government have said that if there is a ‘no deal’ then the European Patent Convention wouldn’t be affected as this is separate from membership of the EU. Rights for future designs will have to be negotiated within a new legal framework.

Working into the EU – British citizens living and working in the EU can apply for residency until June 2021. However, whether British citizens can move freely in the bloc after the end of transition is still to be negotiated.

People will be able to travel Visa-free for a period of up to 90 days after the transition ends, however business trips may need a separate Visas. There also needs to be more clarity on the recognition of qualifications, which could have a potential impact on securing work. In the case of Ireland, bar the qualifications requirement, the other travel arrangements are superseded by the separate Common Travel Area Agreement which effectively guarantees free movement between the UK and Ireland.

VAT – We are due to leave the EU VAT area; this means that businesses operating into the EU may have to wait much longer to receive refunds on foreign VAT payments. Thousands of businesses will also have to start making declarations on import and export duty. Brexit could also give the UK government much more leeway on what it can do with regards to VAT policy, so watch this space.

The next round of negotiations is scheduled for the 7th September, and many of the areas we have covered here will be discussed. The next few months could see more detail agreed between the UK an EU in time for the end of the transition period at the beginning of the new year. The government has set out details on the areas potentially affected and how the transition period works in an online portal. In the meantime, the policy team at IPSE will be working to keep abreast of developments and how they might affect freelancers.

We will be hosting a webinar on Brexit and the self-employed in the coming weeks. If you have not already signed up, please subscribe to our weekly newsletter which will give you the chance to register for the webinar nearer the time.