Barnett Formula: How IPSE's manifesto recommendations can boost the economy

Finally, a General Election has been called after much wrangling in Parliament. Each election offers the chance for the parties to appeal to different demographics across the country. With 5 million votes up for grabs from the self-employed there are a raft of policies which the parties could back to deliver them into Number 10. 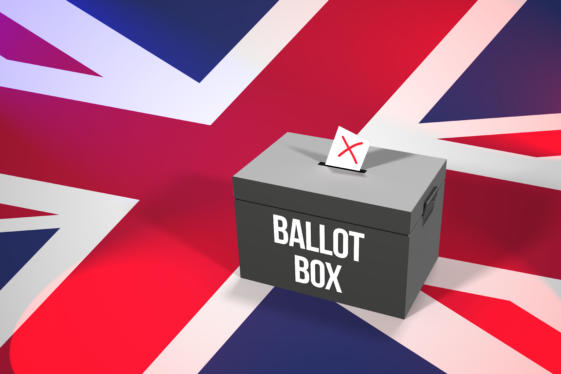 Here I take a look at the economic arguments for the five key pillars of IPSE’s policy asks set out in our new manifesto.

Our tax system isn’t fit for purpose and it holds businesses and individuals back. The introduction of IR35 has been costly and time-consuming for the public sector, with contractor walk-outs in departments such as the MoD and NHS. Government has also had to hand out some big compensation pay-outs in the courts. The proposed rollout of IR35 to the private sector next year threatens to cause similar chaos – recent research found less than half (43%) of medium and large private sector organisations who engage contractors have begun preparing for the changes. Of those who have heard about the changes to IR35, 68 per cent believe the biggest risk is an increase in costs.

With high skilled freelancers providing some of the most important innovation in the UK economy from finance and manufacturing to our vital creative industries, holding them back in any way will be damaging to our economy. We therefore suggest that the next government takes it upon themselves to hold a comprehensive review of the tax system. This can then help support freelancers with more clarity both for them, their clients and the providers of financial products such as mortgages and pensions.

End the culture of late payment:

Late payment causes 50,000 businesses to close each year and is massively damaging to freelancers, who lose on average 20 days per year chasing unpaid invoices. It also creates a drag on the microeconomic flow of capital in the wider economy. Think about it, there is a chain of work: a big company who pays an SME in their supply chain, who then pay their freelance designer late, who then cannot pay their accountant on time and so on. Any individual who is paid late will lose time which could be spent on seeking other projects. This adds to the stress on the individual, particularly if their lack of revenue affects their ability to pay for basic things like rent, and harms their productivity too. Late payment is good for no-one, but it has wider impacts.

Late payment isn’t always avoidable, problems do emerge, but a lot more could be done. The next government could support businesses by having tighter regulations on companies paying late through the introduction of a Prompt Payment Code compelling companies to pay within 30 days.

Shared parental leave, whereby parents share between them 50 weeks of leave and up to 37 weeks of pay, has seen a pitiful rate of take up amongst employees since its implementation in 2015. Though there are several reasons for this, the low take-up further strengthens the case that the eligibility for the scheme should be expanded to the self-employed.

Updated parental rights to put the self-employed on par with standard employees would be a great use of whatever funds were set aside for the original scheme. It would allow for parents to decide themselves when to take time off to be with their children. Only a small amount has been paid out so far and the government’s own impact assessment suggested that the scheme is cost neutral for businesses.

We believe that the government needs to recognise that the self-employed deserve the same treatment as any other parent. This extension of the scheme is the perfect way to guarantee its success for the public purse – and keep many of our best freelance businesses up and running through parenthood.

Shared workspaces provide the smallest businesses with affordable premises to operate from. They can be a centre of expertise with a thriving local community of freelancers offering a range of services. As Britain’s high streets struggle to keep up with the changes in people’s spending habits, workhubs could help bring back investment and economic activity to the centre of our towns and cities. With the advent of superfast broadband up and down the country, they could be lightning rods of growth for increasingly left behind rural areas.

However, currently most workhubs are privately run and often their leasing prices are too high for freelancers, which is partially down to business rates. A report out yesterday once again criticised the recently reformed system of businesses rates (a particular bugbear of mine). IPSE has argued that workhubs should get a form of relief, reducing the cost for freelancers and for new work hubs to start up. This can provide a timely boost for communities small and large across the country.

Pensions provision amongst the self-employed is alarmingly low, and whilst much has been done in recent years to help standard employees save through auto-enrolment, this doesn’t work for the self-employed. If current economic trends continue, then we could see millions of contractors without pension provision in the next decades, creating a real headache for government budgets. This would, as most negative economic trends sadly do, disproportionately affect women.

Financial security in later life is important to everyone, but it can also affect your working patterns and that elusive productivity now. If it were easier for contractors to pay into a flexible pension pot such as a “side car” pension on a regular basis through a reliable provider, it would ease the stress on their businesses. This, much like late payment, would give them more security and flexibility to pursue better opportunities. The government should work with the pensions industry to make this a reality for the self-employed.

Whichever party (or parties) goes on to form the next government they may get into Number 10 having pledged to follow our lead and support the self-employed, after all there are #5millionvotes to be had.