Barnett Formula – the coronavirus recession and the self-employed

This week saw the confirmation of what we’ve known for several months: that coronavirus and the subsequent lockdown and social distancing measures have led to a recession like no other. The deepest quarterly fall since 1955 – the biggest potentially for centuries – and in a way the sharpest. 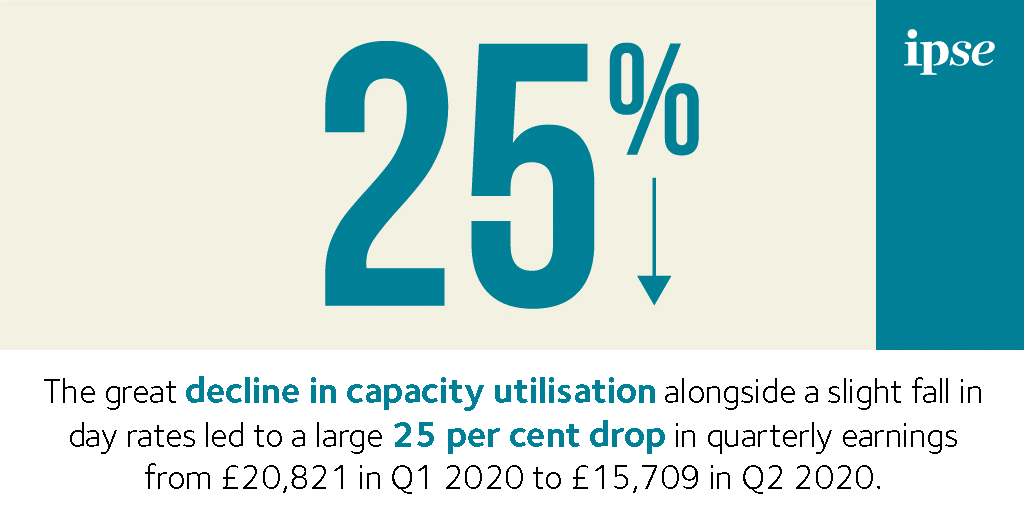 Although the 20 per cent fall in GDP is, as you can see from the graph below, very sharp, it doesn’t tell the whole story. The actual blow to the economy has been softened by government support through furloughing and the Self Employed Income Support Scheme – for now. However, we have new data out this week, which reveals how much damage may be done to the self-employed sector in particular. 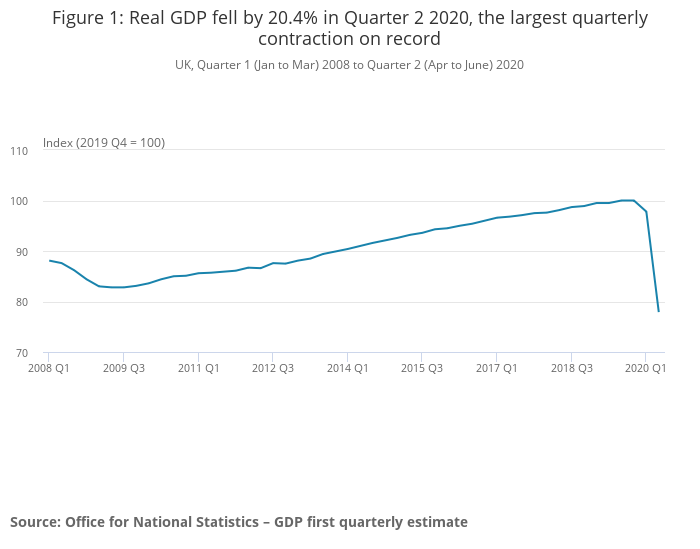 On Tuesday, the latest edition of the IPSE freelancer Confidence Index and up-to-date Office for National Statistics data on self-employment were released. IPSE’s data showed that some confidence has returned to freelancers compared to Quarter 1 2020 (January to March). However, this follows the all-time lowest confidence reading – reflecting both pre-COVID fears about IR35 and the impending recession, which freelancers were beginning to anticipate in March. 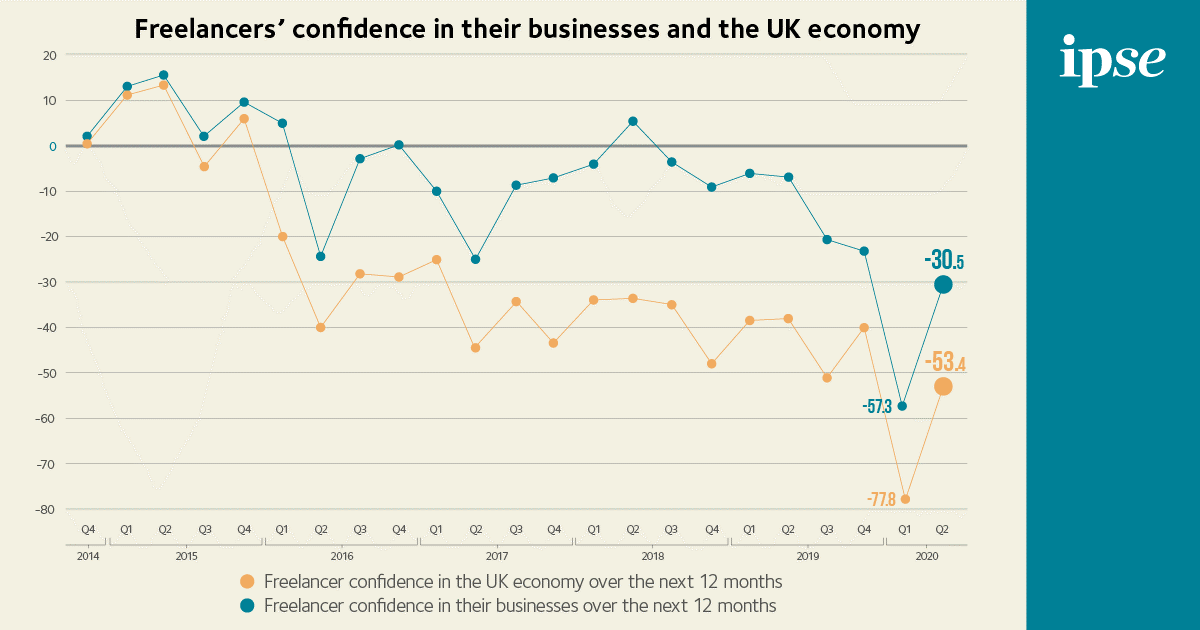 Now in Q2 we have signs of how exactly the economic crisis is affecting freelancers. We have seen a 25 per cent drop in incomes quarter on quarter. This is an unprecedented fall. It is mainly driven by the doubling in their ‘capacity’. In other words, how much time they are not working.

The ONS statistical release covering April to June gives us more detail on who exactly has been most affected. There are 238,000 fewer people in self-employment, and the ONS has specifically said this is the main driver behind the fall in employment figures, which made the headlines. Most of these have been men exiting self-employment. This is because the self-employed sector is two-thirds male and also because in many cases it is male-dominated industries that have been worst affected. Construction, for instance, saw the biggest fall of all – and a large proportion of the self-employed work in this industry.

The ONS also acknowledged that there has been a large movement from the ‘self-employed’ to the ‘employed’ category. This is despite the fact that the job market has shrunk significantly in recent months. There are 400,000 fewer vacancies now compared to February and there are anecdotal accounts of hundreds of people competing for individual roles.

Highstreet mainstays such as WH Smith, Debenhams and William Hill are making widespread staffing cuts. The aviation and events industries are in stasis. Are these people being furloughed through a quirk in the system perhaps? What is quite likely happening is that people are having to close their businesses and potentially take on lower-paid, lower-skilled roles.

Now, however, we are entering a new phase in this crisis. There is the threat of a second wave on the horizon. On the economic front, the furlough scheme has begun to wind down, and will end fully in October. Employers are already having to contribute more to the cost of staff pay than before.

There is a stark disparity between the furlough scheme and the SEISS grant, which can be applied for from next week, but which is backdated to June. Chancellor Rishi Sunak has also said this is the last support that will be available to the self-employed.

SEISS has left out millions: limited company directors, the newly self employed and those earning over the arbitrary double cap of £50,000 operating profit. These are likely to be the groups where that figure of 238,000 less self-employed comes from. What’s more, as we proceed past the last SEISS payment, if there is another lockdown will we see further support locally, regionally or nationally? At IPSE, we believe the government must be ready to support not just a fraction of the self-employed, but everyone who works for themselves and is in need – and this is what we are arguing for.

Looking further ahead, there is a possibility that the Chancellor could delay the next budget, or even replace it with a statement about the economy similar to those in March when he was announcing the different support schemes. By then, IPSE’s Confidence Index and also the ONS data for the third quarter should be available and we will be able to get a clearer picture of what shape a recovery might take, how many people have been adversely affected and by how much. Sadly, it might be too late for those already left behind.