The hidden cost: exploring the impact of the pandemic on freelancer mental health 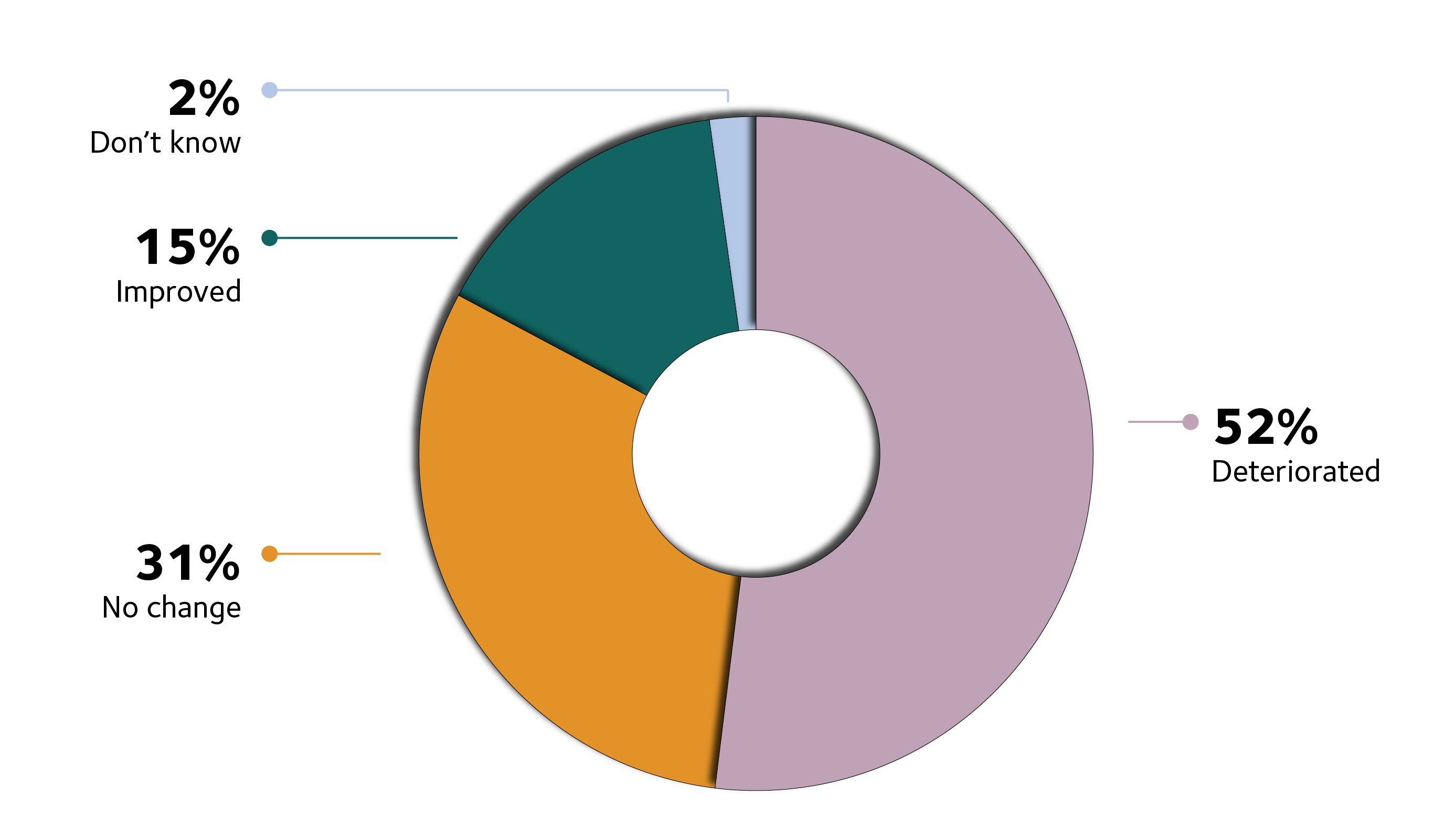 Of the freelancers who reported poor mental health, nearly three out of four (71%) said this manifested itself in anxiety or depression. Over two thirds (69%) said they had also experienced an increase in negative thoughts, while over three quarters (77%) said they had reduced energy levels and 71 per cent said they had had difficulty sleeping. This translates to one in seven (14%) of all freelancers experiencing depression, anxiety, trouble sleeping and/or an increase in negative thoughts.

The impact of this deterioration in mental health often seems to run into freelancers’ work, too. Of those freelancers who reported poor mental health, three out of five (61%) said they had struggled to concentrate on work, 60 per cent said they had experienced reduced productivity and one in seven (14%) even reported having to delay or cancel projects. 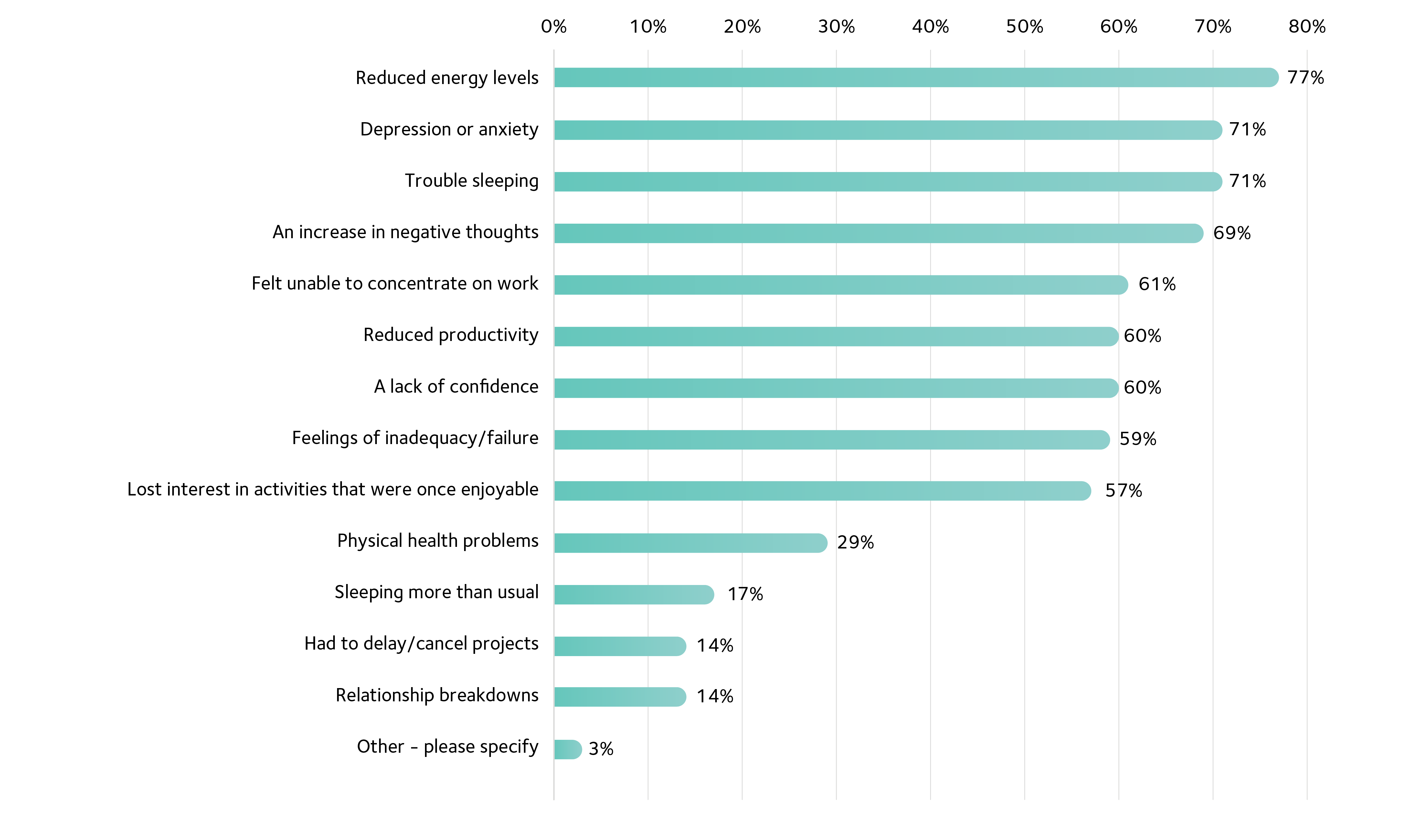 The decline in freelancers’ mental health seems to be largely driven by the financial impact of the pandemic on their businesses. Three out of five freelancers (60%) said the pandemic had had a negative impact on their businesses. It seems likely lack of government support for certain groups may have been a factor as well since more limited company directors (who were excluded from the SEISS grant scheme) reported a deterioration in their mental health than sole traders: 62 per cent compared to 54 per cent respectively.

Freelancers reported a range of different methods they had used to tackle deteriorating mental health. The top strategies freelancers reported were exercising outdoors or at home (65%), adopting a healthy diet (48%) and trying to get enough sleep (46%). Freelancers also spent time on hobbies and entertainment (46%), shared thoughts and feelings with others (27%) and socialised with friends and family (23%) to boost their mental health.

As well as urging more freelancers to look to these methods to repair their mental health, IPSE has devised four recommendations for government to tackle the mental health crisis among freelancers:

1. Make Covid support for the self-employed flexible and fair as we emerge from lockdown.

3. Promote co-working spaces and extend the business rate relief that exists for small businesses to workhubs

4. Encourage clients to invest in and support freelancers’ mental health