Freelancers’ confidence in their businesses and the economy is surging, but when it comes to their earnings, reality is not yet meeting expectation. Freelancers’ 3-month and 12-month confidence in the wider economy has now reached the highest level since 2014, when the Confidence Index began. They are now also more confident about their business performance over the next three months than they have been since 2018. And their 12-month business confidence has surged to levels not seen since 2015. 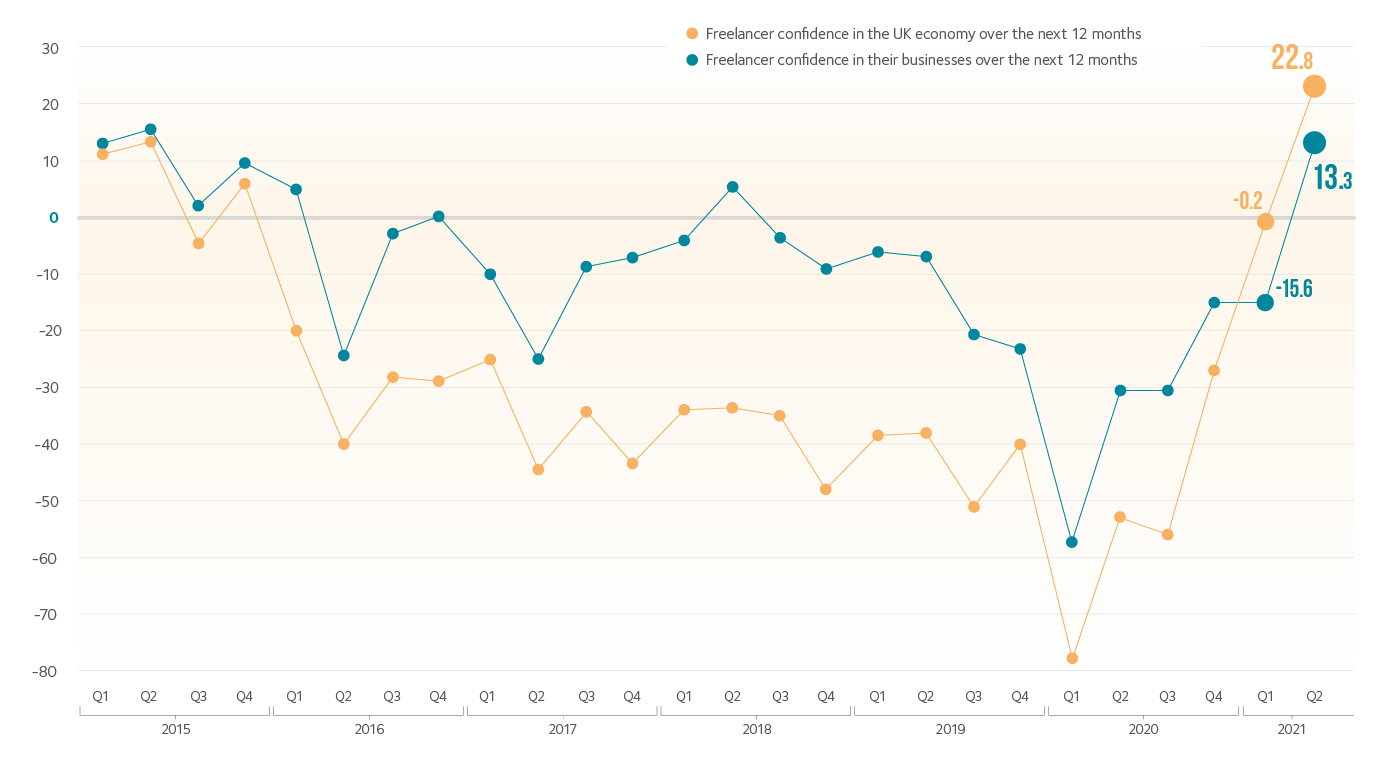 While confidence is surging, however, quarterly earnings are not keeping pace. In fact, after a jump to £20,778 amid the optimism of the first quarter of 2021, average freelancer earnings have now fallen sharply to £18,652.

This £2,126 drop is driven not by a decrease in work (spare capacity – the number of weeks freelancers do not work per quarter – stayed at 3.7 weeks), but by freelancers themselves reducing their day rates. Average freelancer day rates fell from £445 to £397 – lower than during the pandemic and their lowest level since 2018.

The slash in day rates was overwhelmingly driven by SOC1 managerial freelancers (£579 down to £451) and SOC2 professional freelancers (£546 down to £476). This suggests a key factor here may be the government changes to IR35 self-employed tax regulations, which affect these two groups the most. Faced with the changes to IR35, many client organisations are ceasing to engage contractors. Therefore, it may be that freelancers in these groups are slashing their day rates to compete for a diminished pool of contracts.