This quarter, freelancers’ earnings have risen by 20 per cent from £17,283 in Q4 2020 to £20,778 – the highest since Q1 2020 at the beginning of the UK lockdown. This was driven by them increasing their day rates and also by a reduction in their spare capacity (the number of weeks they go without work each quarter). However, although their spare capacity dropped somewhat – from 4.3 to 3.7 weeks – it has still not returned to pre-pandemic levels of 3.3 weeks or less. This was counteracted by a sharp increase in freelancers’ average day rates from £412 to £445 – the highest level since Q3 2019. 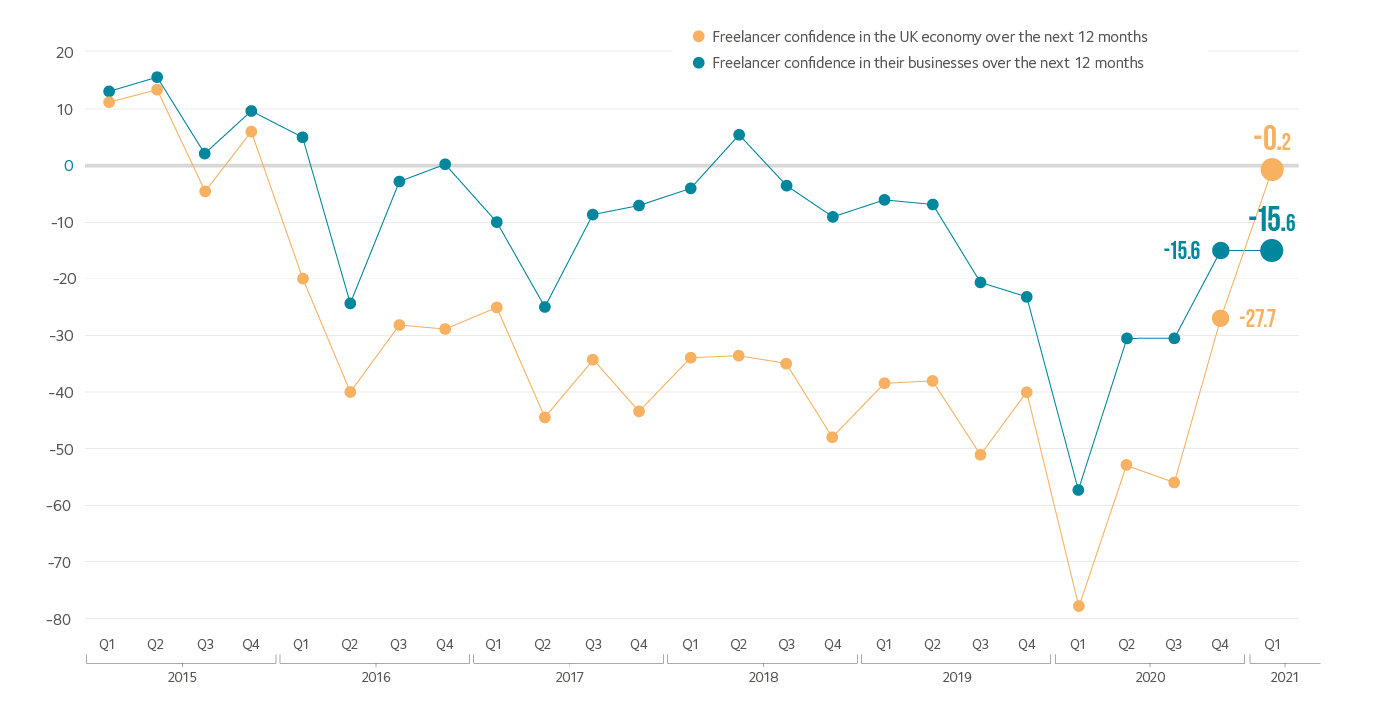 The reason for this stark change seems to be the government’s new IR35 tax legislation, which affects freelancer hiring. This is reflected in the fact that rather than the pandemic, freelancers said the two main factors negatively affecting their businesses were government rules relating to the hiring of freelancers (72.9%) and government tax policy (68.5%). The third most significant negative factor was the state of the UK economy (65.6%). By contrast, freelancers said the three main positive factors for their businesses were their brand/reputation (60.8%), innovation in their services (51.9%) and organisations adopting flexible working practices (50.9%).

Taking stock: Assessing the impact of IR35 reforms in the private sector